Gus Edwards (born April 13, 1995) is a professional gridiron football running back for the National Football League’s Baltimore Ravens (NFL). He attended Miami (FL) before transferring to Rutgers and signing as an undrafted free agent with the Ravens in 2018. Edwards is known as “Gus Bus” because of his large stature and “bruising” running style. 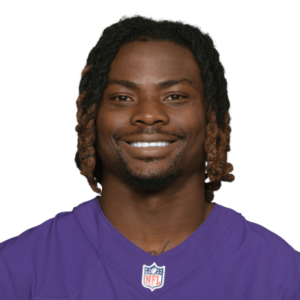 UPDATE (JAN. 15): He will play in Sunday’s game between the Ravens and the Bengals.

UPDATE 5: Edwards (hamstring/knee) is listed as questionable for Sunday’s game in Jacksonville by the Ravens.

UPDATE 4: Edwards (hamstring/knee) is inactive for Sunday’s game against the Panthers.

UPDATE 3: Edwards, who is listed as questionable due to hamstring and knee injuries, is expected to play against the Panthers on Sunday, but his playing time may be limited.

UPDATE 2: Edwards (hamstring) was limited in practice on Thursday.

UPDATE: Edwards (hamstring) is expected to return against the Panthers this Sunday.

Gus Edwards missed a lot of time in the beginning of the season.

However, Edwards was injured again during the Tampa game, this time with a hamstring injury.

Given that Dobbins may need a break at that point in the season, the Ravens may hold Edwards out until their Thursday night game against the Buccaneers.

It’s important to remember that after being removed from the PUP list, a player has up to 21 days to be added to the 53-man roster.

If Edwards is activated from the reserve/PUP list on Oct. 8, he will have until Oct. 29 to rejoin the 53-man roster.