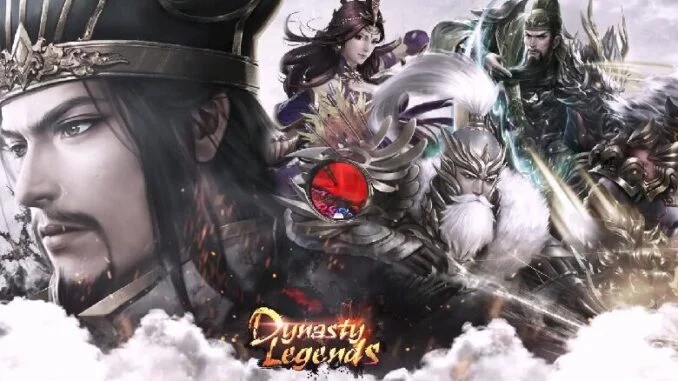 If you enjoy playing action games with a Chinese dynasty theme, especially if you remember playing Dynasty Warriors, Dynasty Legends 2 is the game for you. In this Dynasty Legends 2 Tier List, we have categorized the officers from Dynasty Legends 2 according to their strengths to make it simpler to complete all of the current quests.

This tier list is divided into categories of S, A, and B.

Officer Lu Bu is our pick for Chief Officer. Due to his attributes’ extreme overpowering levels in terms of damage, control, viability, mobility, scope, and utility, Lu Bu was intrepid and unstoppable on the battlefield. When using the ultimate, Lu Bu enters a Demonic State and gains new, incredibly helpful skills like the ability to jump over enemies, control them, and deal additional damage.

We advise Xiao Qiao as a lieutenant because of her abilities to heal allies and summon creatures to attack enemies. A highly qualified Xiao Qiao officer who can support his allies.

We recommend officer Zhang Jiao as Chief Officer in this pair. Zhang Jiao is extremely powerful, especially against multiple enemies at once, thanks to his excellent AOE skills.

As his lieutenant, we suggest officer Yuan Shao as Zhang Jiao lieutenant because they have a bond that can unlock bonus attributes. In addition, Yuan Shao is able to add a shield to his ally’s sword so that it can absorb damage all around it.

Officer Pang Tong is our recommendation for Chief Officer. With his fire bazooka, Pang Tong excels at ranged attacks. He also has a damage ability and a passive ability to heal 60% of HP.