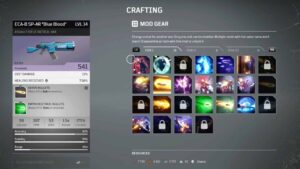 Are you looking for the best heroes to pick in Blizzard’s hero shooter? Our Overwatch Tier List 2022 has the most up-to-date information on who can demolish your opponent. Top 15 Most Played MMORPGs of […]

Shikanoin Heizou’s arrival brings the total number of Genshin Impact characters to 53. While some of them are quite powerful, others require constellations to reach the top tier, and still others are simply not good […]