Check out these best Minecraft island seeds for your upcoming world! Who hasn’t fantasized about what it might be like to live alone on an island? By using one of these seeds, you can create a lovely island villa in Minecraft to realize that dream! You start out on a sizable island with a variety of biomes. The only threat on this island is a lone Outpost that looks over a lovely Meadow. Claim this mountain fit for a king to kick off The Wilds update right, and don’t forget to pass the island’s first village on the way up! This extraordinary island seed places you on an island that is more than 3000 blocks tall and roughly 1500 blocks wide. There are a great number of useful structures and dozens of different biomes on this island. It is encircled by numerous ocean monuments and holds no less than five villages and ancient cities. In the center of the island, you will encounter a ring of mountains that enclosing an ideal place to set up a base. Your starting location is an island with a straight, protracted row of snow-capped mountains. Many different kinds of wood can be found on the island, and there are many breathtaking vistas to behold. A short boat ride will take you to a variety of buildings, including villages, temples, and even a Woodland Mansion! 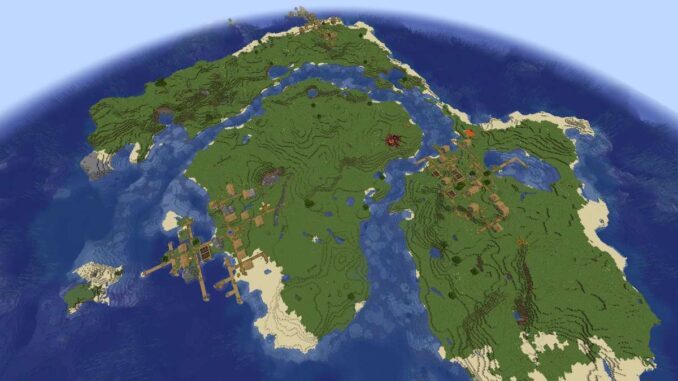 The abundance of nearby resources and biomes make United Kingdom a fantastic survival seed, and it also gives you the chance to roleplay in the real world. With this seed, you begin on a sizable Plains island that has three villages spread out across it. Although, of course, it is not exactly like the UK. A brief boat ride will take you to a tiny island with hills and mountains when you first start the game. You can explore the jungle at spawn and find three Jungle Temples within 500 blocks if you need resources before going to your island home. This is the best for players who want to settle down on a remote island with a sinister secret. Nearly every biome and structure added in Minecraft 1.19 can be found on the enormous 2,500-block-diameter spawn island. The majority of the biomes from previous updates are also included, along with a number of Outposts and Villages. This island ranks among the top Bedrock seeds for early 1.19 because almost every resource in the game is accessible right at spawn. 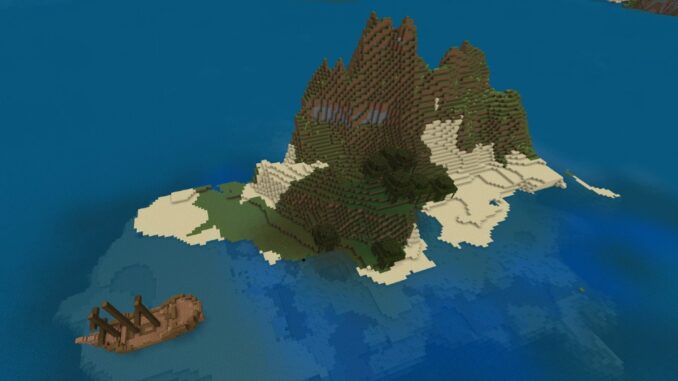 A Captain and Pioneer like yourself occasionally needs a nice, straightforward island to retreat to if you want to unwind. You begin with few resources in this seed: your ship, a few trees, and an abundance of water. The only difference between this island’s spawn and those in earlier iterations of Minecraft is that you begin with a massive pirate ship nearby. 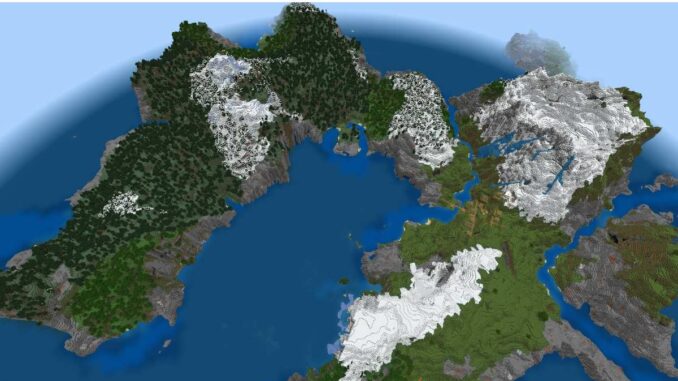 This enormous starting island has a single, strategically placed village in the middle of a sizable mountain crater. There are mountains on the entire island. Keep an eye out for Hidden Treasure! This amazing island spawn has more than 50 of them.

The jungles of Minecraft have a lot of interesting things to discover, so in this list of the Best Minecraft Jungle Seeds, we’re looking at some top seeds you can use! There are seeds for […]

In our Best Minecraft Desert Seeds list, we provide some of the most perfect Desert Seeds you can find. Give these seeds a try and build your own house. Best Shaders For Minecraft 1.19 Best […]

Start your Minecraft in a beautiful meadow with these seeds! The Meadow Mountain was a new sub biome added to Minecraft 1.18: Caves & Cliffs Part 2 update. This biome is filled with flowers and […]