The gameplay systems in Xenoblade Chronicles 3 can be misleading at times, and when you’re overleveled, the classes don’t seem to be unlocking no matter what you do. By explaining these systems, we hope to get you out of a rut.

When you unlock new classes for new characters, the chibi-style icon on the Class Selection screen begins as a silhouette or outline. You add that Hero to your party, along with any class inheritors, and as you progress through the game, this outline will gradually fill in. It will eventually unlock that character’s class. However, you may begin to suspect that classes aren’t unlocking for some reason. 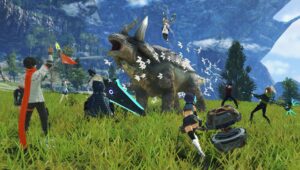 Here’s something the game doesn’t really tell you. CP gain is a requirement for class unlocking in Xenoblade Chronicles 3. That chibi silhouette will grow larger as you gain more CP in combat. Fighting enemies who have a higher level than you will earn you more CP. Conversely, enemies with a lower level than your party will give you very little CP. What this essentially means is that classes won’t unlock much faster if you stick to fighting weak enemies. To maximize CP gain, you should look for enemies who are at or above your level.

How to Maximize CP Gain in Xenoblade Chronicles 3

Here are three tips to maximizing CP gain in order to unlock classes in Xenoblade Chronicles 3. Finally, depending on your current level, here are some monsters you can fight for CP gain. These are only recommendations; you may find better enemies to suit your needs. Remember that there are always enemies who are more powerful than you.

Fortnite: Where to find & open the secret door at Shuffled Shrines

In this article, we’ve covered everything you need to know about installing the Vampire Survivors cheat engine, all the cheats available in your game, and how to uninstall mods. Pokemon Scarlet and Violet Alleged Leaks X-Ray […]