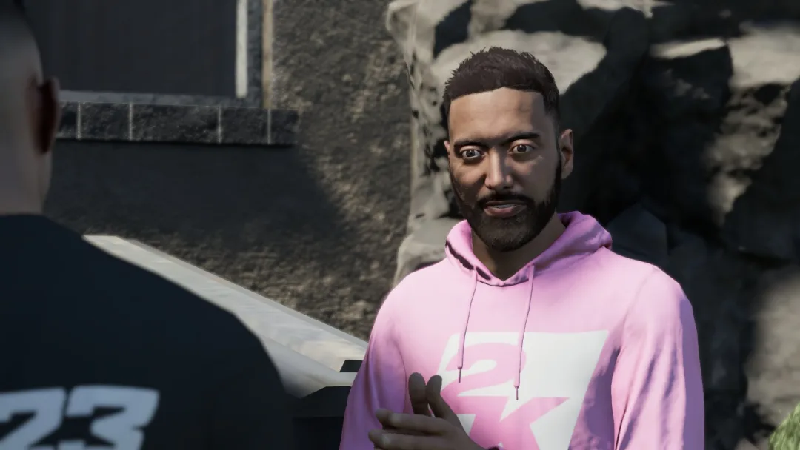 How To Unlock The Shirtless Perk

As with most perks found in NBA 2K22, you’ll need to complete a mission to unlock the shirtless feature.

Plus, check out the NEW Theater all week for new events including Losers Out, Hustle, Comp and Rooks. Only on New Gen. pic.twitter.com/rvEdzs6HVK

How to Take Your Shirt Off in NBA 2K23: Current Gen

Current Gen players must complete the “Soirée Secrets” quest, which is given by the Janitor NPC located in the Silver Deck’s Promenade. He will be wearing a dark blue staff shirt and dark gray pants in the vicinity of the Adidas store and Daily Spin

After earning 1,000 points with the accepted mission, players will receive the Shirt Off Reward, as well as the Minimizer Takeover and 2,500 VC.

How to Take Your Shirt Off in NBA 2K23: Next Gen

Next Gen players must complete the NBA Summer League game, players will be given a bunch of intro missions, including Rebirth one.

The Rebirth mission in Next Gen requires players to talk to Ronnie2K four separate times.

Next Gen players need to find and talk to Ronnie at each of the four locations in town. Every time players go through a cutscene with the community manager, they’ll be given the next step in the quest, which is simply meeting OGL milestones.

After players speak to Ronnie for the third time and reach 88 OVR, they will be rewarded with the Shirt Off reward, which can be equipped on the Appearance screen.

How To Go Shirtless

After you’ve unlocked the ability to go shirtless, you need to head to the MyCareer menus, it is here where you will be able to go to the locker room and alter your appearance.