MultiVersus features a roster of 16 characters, allowing you to choose from a wide range of WarnerBros properties and playstyles. However, not all are created equal, with some already labeled as ‘overpowered’ and others deemed unworthy of learning due to their difficulty. Our MultiVersus best characters tier list will assist you in determining which members of the roster are worth playing in order to maximize your game time and score win after win.

Our S tier consists of the strongest and relatively easy-to-learn characters. 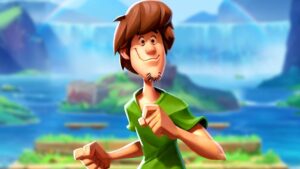 For anyone who is familiar with fighting games, Shaggy is by far the easiest character to pick up and play, and with a little practice, his powerful moveset can be incredibly lethal.

Like Shaggy, Batman is also relatively easy to learn and can be deadly in the air thanks to his quick ability to grapple around the arena and juggle opponents as he initiates and escapes fights.

Finally, Taz is by far the most powerful character in the game right now. This is primarily due to his tornado ability, which has a high knockback and can knock someone out of the fight for a few seconds. At the top of the list, we have Jake the Dog. He is yet another simple character with a plethora of effective ground and air attacks that can halt enemies in their tracks.

Tom and Jerry are also very strong and have a variety of tricks up their sleeves, including a strong juggle ability and a lot of knockback potential that allows them to drag opponents back and forth between them.

Wonder Woman and Superman are tank characters who can withstand a lot of damage and are very effective at staying in the arena even when they are low on health. Wonder Woman has slightly more combo potential that can deal a lot of damage when mastered, but Superman compensates with elemental effects that work well in team fights.

As an assassin, Harley Quinn has a high damage output with her ground-based skills, making her a challenging enemy.

B-tier characterscan still be powerful in the right hands, but they are much more difficult to fully utilize and maximize their potential.

Arya Stark is a swift character who deals a lot of damage, effectively counters slower opponents, and has the mobility to sneak up behind enemies for backstabs.

Bugs Bunny has some extremely useful utility for team fights that can make a huge difference. Bugs Bunny, like Tom and Jerry, has a wide range of moves that you can use, but he’s a little more difficult to master. 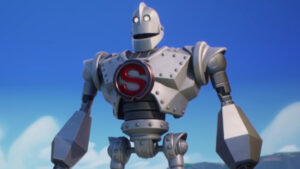 The Iron Giant is one of the most difficult characters to play, but if you can master his slow movement and clumsy moveset, you’ll be able to deal with most threats that come your way.

Reindog is currently the best support character in the game, and their tether ability is one of the most powerful in the game for team fights. However, the supports in general are underwhelming, and Reindog’s lack of damage or mobility prevents him from climbing higher.

Finn the Human isn’t a particularly difficult character, but he’s currently one of the Bruiser class’s weakest, lacking the variety of others.

Garnet is the slowest of the Bruisers, making it difficult to deal the high damage she is capable of.

Velma and Steven Universe are comparable in quality, but as Support characters, they are currently the worst in the game. Their movesets are challenging to use to their full potential and they lack powerful combos to deal damage and knock out opponents.

Looking for an AFK Arena hero tier list to help you figure out which characters work best in patch 1.90? Check out the AFK Arena Tier List 1.9 below to learn everything there is to […]

Vahn’s Quest is a role-playing (RPG) and strategy mobile game developed by Super Planet. There are many different heroes in Vahn’s Quest, and each one is distinct. They come with various skills, stats, counters, buffs, and so on. Finding the best […]