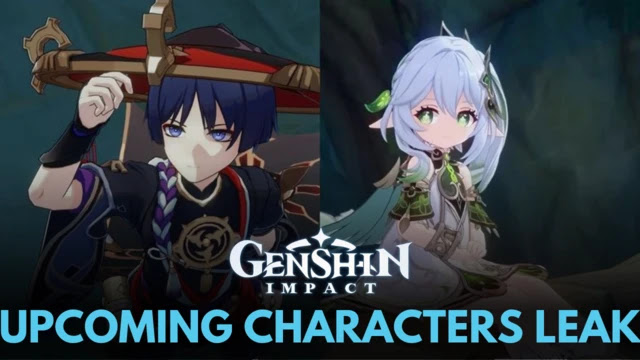 Genshin Impact 3.2 – When Will It Be Released?

With the Genshin Impact 3.1 update, King Deshret and the Three Wise Men are coming to PC, PlayStation, and mobile devices on September 28, 2022. The next update, Genshin Impact 3.2, is expected to release on November 2, 2022. 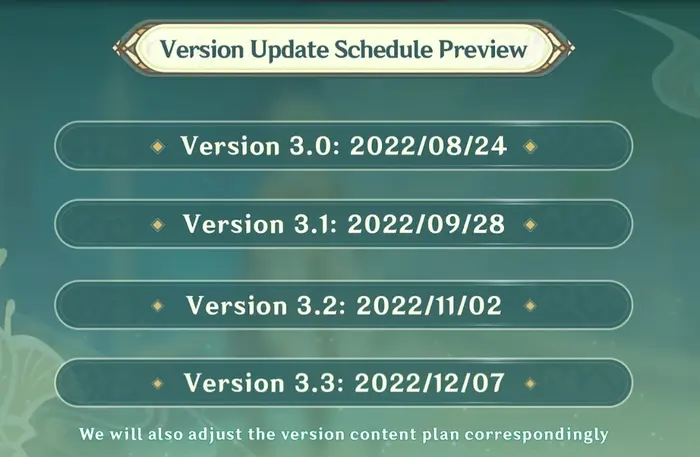 When it comes to banners, only one new 5* has been confirmed so far. It is none other than the Dendro Archon herself, Lesser Lord Kusanali aka Nahida.

Recent leaks have also revealed information about Layla, a Sumeru Scholar  studying stars like Mona and Lisa. The banner list is rounded out by two revivals, supposedly Childe and Yae Miko.

Based on the developer’s words, we know that Genshin Impact 3.2 will reveal a new region of Sumeru. However, in the absence of official details, there is no consensus on whether we will explore a stretch of desert or delve into caves closer to the Abyss.

The version 3.2 update will feature an event involving the Great Mujina Youkai. Yoimiya alongside Tartaglia will also be at the center of the story that unfolds during the event.

[EVENT SPOILERS]
Do you recall the Quest in Inazuma mentioning the Great Mujina Youkai?
That's what the Yoimiya and Childe event will revolve around! [1/2]

Genshin Impact 3.2 will likely feature Nahida’s story quest. Some people know her as the lesser Lord Kusanali. To the Akademiya, this weaker Archon Dendro cannot be compared to Rukkhadevata, the Archon who they believe died in the cataclysm.