If possible, use your team comps to increase elemental mastery. Choosing that option limits your options slightly, but if you have access to the right characters, the outcome appears to be the best option. 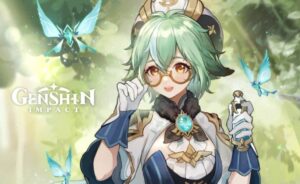 With his burst, Albedo will raise the bar for elemental mastery even higher. Every time he uses his burst, the passive talent Homuncular Nature increases the party’s mastery by 125. Even though the extra isn’t strictly necessary, having it is beneficial.

Heizou also contributes positively to the team. He only has one talent that increases mastery, but if you equip him – or any Anemo character – with a full set of Viridescent Venerer, you can trigger Swirl with Electro and reduce enemy resistance.

Diona’ll also blend in well with the team once you’ve unlocked her sixth constellation. It augments her burst, increasing the active character’s elemental mastery by 200, but they must be in the ice field it creates.

In this scenario, Collei and the Dendro Traveler both serve the same purpose here, creating continuous Dendro reactions that allow Cyno to repeatedly activate Aggravate and deal increased Electro damage. If you have the third constellation unlocked for Collei, her burst will also increase the party’s mastery by 60. Cyno’s free-to-play team works similarly to the DPS team. Kaeya’s burst fuels Superconduct reactions, while the Dendro Traveler aids in the activation of Quicken. Xiangling’s burst can aid in the creation of Overload reactions and can be combined with Kaeya’s to create a stream of melt reactions.

The benefit of Cyno being the driving force of any party he’s in is that it makes forming an F2P team even easier. You can achieve the same effect as his elemental team without relying on the gacha system. This team exists to leave permanent elemental traces for Cyno to interact with on the field. Ganyu and Rosaria spread Cryo in large areas, whereas Ayaka can spread Cryo simply by sprinting.

Chongyun may also be useful, though it is unclear whether the field he creates will overwrite Cyno’s Electro damage. Other Cryo characters could also fill this role, as the goal is simply to cause widespread Superconduct in order to weaken enemy defenses.

Hydro characters also follow the same logic. You can use Tartaglia, Yelan, or even Barbara to achieve the same result, but all three have skills, bursts, or both that quickly disperse Hydro in a large area. Just a bit more time is needed.

We decided to keep the final spot for a Dendro character because Quicken’s effects are simply too good to pass up. Collei and the Dendro Traveler work best here due to the long duration burts stay on the field.

If you don’t want to use Hydro, you could substitute an Anemo character with a complete set of Viridescent Venerer artifacts, which would make enemies caught in a Swirl less resistant.

How to Pre-Install Genshin Impact 3.1 Update ?

The Diablo Immortal Season 3 update has arrived, bringing with it a new battle pass and a raid boss. A new Diablo Immortal Wrathborne Invasion Daily Event has been added alongside the new Helliquary boss […]

One of the main goals that Genshin Impact Travelers will pursue during the Summertime Odyssey Event is finding Phantasmal Conches hidden throughout the Golden Apple Archipelago, and one Conch that may confound many players is […]