In an weekly update, Bungie dropped a bombshell on players who prefer the controversial Divinity trace rifle, among other minor details on how guns will change ahead of the Lightfall expansion. After much community discussion, the infamous Exotic Trace Rifle Divinity is finally getting nerfed in Destiny 2.

Divinity is getting nerfed in Destiny 2 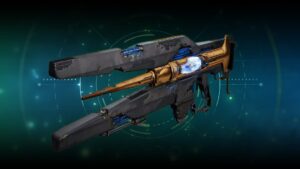 It’s no secret that Divinity is one of Destiny 2’s most potent end-game PvE weapons. This is primarily due to its Judgement perk, which gradually weakens and stuns enemies.

In the blog post, Bungie revealed that Divinity will now only offer a 15% debuff on targets, down from 30%. This is a significant nerf that should allow players to use other debuffs that have been sitting idle for several years.

Some fans believe Divinity nerf is occurring as a result of the World’s First Saltagreppo’s recent complaint. In September, Saltagreppo tweeted a Divinity thread, essentially complaining that the weapon has felt mandatory for nearly three years, since it was introduced with Shadowkeep’s Garden of Salvation raid.

Divinity nerf discussion:
Hey, this is gonna be a thread.
I’ve been thinking about a way to nerf Divinity for quite a bit. The gun is basically mandatory for most Boss encounters and it makes aiming a non factor, which is very unhealthy for the game for multiple reasons, such as:

This caused quite a commotion in the Destiny community. While some players called Saltagreppo an elitist who wanted to make the game harder for players who weren’t streamers, others agreed that the weapon needed to be nerfed.

Surprisingly, the developers don’t think that Divinity is overpowered in its current state. A nerf is required, however, because Divinity’s 30% weaken overshadows other sources of weaken, such as Tether and Tractor Cannon, and Bungie “doesn’t want to power creep past Divinity” to make these other weakened sources more interesting.

With the upcoming Lightfall expansion, Bungie may tweak even more Destiny 2 PvE and PvP meta weapons. Only time will tell how these changes will play out and, in turn, how the players’ experience in the game will be affected.