Xenoblade Chronicles 3 is an action role-playing game in which up to seven party members can fight at the same time, including the main party of six and one of several different characters who appear throughout the story. In Xenoblade Chronicles 3, choosing the best arts is an important part of building a well-rounded party, and you must carefully consider how you build each class, especially on higher difficulties. We’ll cover everything you need to know in this guide. Bull Rush is powerful in and of itself, but it also serves as your Topple skill. Uppercut Slash generates aggro and is the class’s strongest skill, but the third slot is a little more versatile.

The Variable Turret is useful in boss battles, but it’s probably not the best option if you’re drawing the attention of several enemies. Solid Stance reduces your damage output and damage taken by 25%. This overall trade-off is acceptable because Heavy Guard won’t be the main class that deals the most damage.

When your Heavy Guard is being attacked the majority of the time, Wide Slash is a fantastic option because of its evasion bonus. Maximum Voltage is helpful when getting ready to use Giant Swing or Uppercut Slash to deal a powerful blow, but No Love Lost means everyone gains from softer enemies.

The first two gems are similar to almost any defender class, but the last prospect has the potential to be even more important. The Heavy Guard class is slow. It’s fine for your main arts, which recharge over time, but it limits your utility in battle to blocking. These two gem options can help.

Medic Gunner is the only way to temporarily inflict Daze, which is useful for combos. It also has two healing abilities and a field art placement. The latter is the only way to charge the class talent art and heal more allies at once. Because healing is so scarce until chapter three, we recommend sticking with the Daze-healing art combo. Later, when you’ve covered healing more efficiently, you can swap Vortex for Ether Cannon to deal more ether damage.

It’s not really worth continuing with this odd class for very long. Most of its best secondary arts come from Taion’s Tactician class, which helps it succeed as a support role. 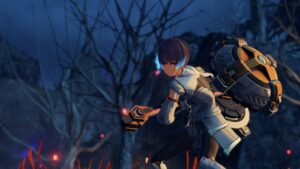 Maximum Voltage temporarily boosts your attack damage. Big Impact knocks enemies down in front of you, giving you an excellent opportunity to either redouble your attack or heal without being harassed, and Giant Swing is just a fantastic, heavy-hitting skill in general.

Because the Ogre benefits from frontal attacks, staying close to the defender is a good idea, and Multi Blast allows you to assist them in staying alive. The same can be said for Advanced Cooldown’s defense-buffing field, while Energy Grenade is simply an extra bit of damage dealing.

The main disadvantage of the Ogre is its slightly low accuracy, which Accurate Grace can help with. Empowered Combo increases damage, and Steady Striker resolves the issue of hammer attacks being too slow. 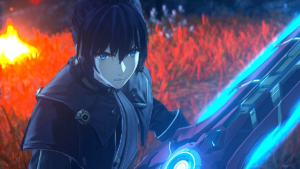 While Edge Thrust and Air Slash in particular are basic arts, they can still deal respectable amounts of damage:

This build increases the attack power of back strikes with Night Hunt and reduces the defense power of enemies with No Love Lost. Violent Flurry is a powerful choice for everyone as it can completely ignore enemy defenses, but if you’re looking for something a little more oomph, try the Ogre’s Giant Swing. It has an unbeatable knockback effect. 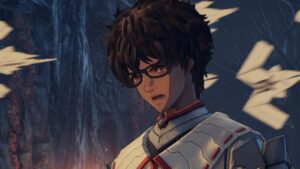 The default healing maneuver for you is Stormy Skies. Avenging Eagle, which lowers evasion for enemies, and Hazy Figure, which increases evasion and prolongs the life of your defender, are both useful. If you have several ether attackers in your party, you can also swap Avenging Eagle for Overfall, as Overfall reduces enemy ether defense.

Because Tactician only has one healing skill, Multiblast is extremely useful. Both Energy Grenade and Ether Cannon increase the class’ ether damage output while also providing a useful way to support the team by reducing enemy HP.

The Swelling gems are excellent choices if you intend to focus heavily on the support side. 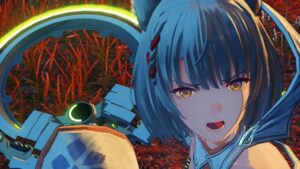 Zephyr excels at evasion while also possessing some unique aggro-generating abilities. Butterfly Blade is the foundational skill that increases aggro by 70%, so it’s always useful. Air Fang is necessary because it deals more damage when the enemy is targeting you. In some cases, however, using Glow Ring instead of Butterfly is preferable because Glow Ring forces one enemy to target you.

The key skill here is Advanced Cooldown, which creates a wide field that increases the defense of any ally inside, including you. That’s very good for a defender class. Energy Grenade and Hidden Thorn are two abilities that can help you deplete your opponent’s health. The grenade deals constant damage, and Hidden Thorn causes bleed, which depletes their health.

This is a standard defender build that works well in all situations. Perilous Presence is especially important as a group of enemies can take you down as soon as they target your healer first.

That’s all there is to it for the Xenoblade Chronicles 3 Guide – Best Arts For Each Build.

The Diablo Immortal Season 3 update has arrived, bringing with it a new battle pass and a raid boss. A new Diablo Immortal Wrathborne Invasion Daily Event has been added alongside the new Helliquary boss […]

The Talisman Pouch is one of many Key Items in Elden Ring that allows you to increase the number of talismans you can equip at the same time. This Elden Ring guide will walk you […]