After a troubled development cycle, Digimon Survive is finally here, with its blend of strategy, visual novel, survival, and role-playing elements now gracing our screens. If you’re among those who have yet to dive in and see what the game is all about, you might be wondering if it will be available on Xbox/PC Game Pass at some point in 2022. 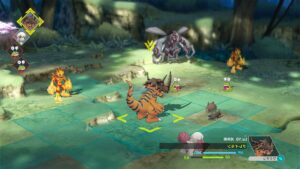 If Digimon Survive were to be added to PC Game Pass’ vast library of games, that would be fantastic. In that scenario, prospective players and current subscribers would have a more affordable and useful substitute for making a full purchase. Digimon Survive, however, is not currently accessible through Xbox Game Pass or its PC equivalent despite having been released on both platforms.

This, of course, means that if you want to play the game right away, you’ll have to make a traditional purchase. Those with more patience may see it become part of the subscription service’s game library at a later date, as it is updated fairly frequently.

At this point, it’s difficult to predict whether or when Digimon Survive will be added to Xbox or PC Game Pass; we’ll have to wait for the publisher to provide official confirmation.

MultiVersus Season One Release Date and Is it cross-platform?