There are numerous new rares and elites in World of Warcraft: Dragonfljght that are assisting both new and experienced players in their gearing up. In this guide, we’ll show you how to find two trials in WoW – Dragonflight: the Elements Trial and the Flood Trial.

How To Access The Trial Of Elements in Wow: Dragonflight 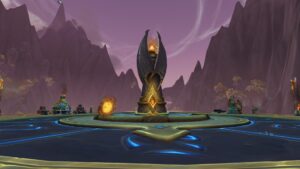 Don’t worry if you can’t find the Trial Of Elements. If you’ve already completed the Thaldraszus area campaign, you might have trouble finding it again. It can, however, be accessed again. You can access it by going to the Temporal Conflux and clicking on the golden portal.

This event can be found at 27, 26 in the Primalist Future and appears to respawn every 1 to 2 hours. After defeating Therrocite, you can claim your guaranteed piece of loot, which is an item with a level that currently goes up to 379, by clicking the chest at the end of the event.

How To Access The Trial Of Flood in Wow: Dragonflight

Trial of Flood can be found at 56, 78.6 in the Ohn’ahran Plains. This event appears to have a 1 to 2 hour respawn time, similar to Trial of Elements. You must defeat the Raging Torrent to be eligible for loot. The loot has now progressed to item level 379.

About World of Warcraft: Dragonflight

Following Shadowlands, World of Warcraft: Dragonflight is the ninth expansion pack for the massively multiplayer online role-playing game (MMORPG) World of Warcraft. It was announced in April 2022, and released on November 28, 2022.