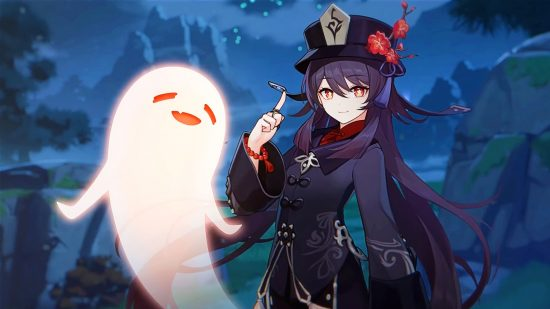 Tower of Fantasy is a new free-to-play open world game that will launch globally August 11, with players in the United States able to play it on Wednesday evening.

The game has been compared to Genshin Impact, and it turns out that you can recreate some of miHoYo’s most iconic characters in ToF with relative ease. These custom creations have proven incredibly popular, reaching the top of the charts in less than 24 hours.

Many have used Tower of Fantasy’s detailed character creator to build their dream wanderer and they are proving to be some of the most popular presets around. that exist.

Someone made a tall version of Bennett and a character who looks like Zhongli.

WHO MADE THIS CUSTOMIZATION IN TOWER OF FANTASY LOL pic.twitter.com/vFak0kqT13

A fan also recreated Keqing, so she can be busy and stressed in this life too.

Here is a character that looks like Shikanoin Heizou, who is a new addition to Genshin.

One person recreated one of the protagonists of Genshin Impact, Lumine in the creator.

"Tower of Fantasy is here, I can finally be free from Genshin hell"

*proceeds to make a 1 to 1 replica of Lumine in the character customizer pic.twitter.com/4mTeaNSgEK

Here Are All of the ‘Tower of Fantasy’ Characters :

Tower of Fantasy is an upcoming 3D open-world Anime MMORPG developed by Hotta Studio. It combines de-labeled characterization, film and television-grade motion capture, high-freedom world exploration, and a scrappy sci-fi art style with a variety of scenes, interactive puzzle elements, and fast combat feel, to tell you a post-apocalyptic story of rescue and destruction.

Tower Of Fantasy Codes (September 2022) and how to redeem them

Tower of Fantasy Voice Actors: All English, Japanese Characters Listed Tower of Fantasy Genshin Impact skins top the charts How to redeem Tower Of Fantasy Codes ? Select the gift Next select ‘Rewards’ in the […]

Tower of Fantasy Genshin Impact skins top the charts Tower of Fantasy is a new free-to-play open world game that will launch globally August 11, with players in the United States able to play it on […]