Odell Beckham Jr. is still wanted, but even his desirability raises concerns… 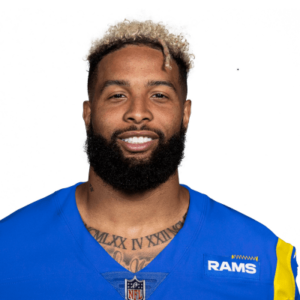 The New York Giants appear to be his most likely destination, as Dallas Cowboys owner Jerry Jones is “not confident” in his health.

Beckham Jr. is still the reigning Super Bowl champion, but the most important NFL game of all time was the last time he stepped onto the field.

After tearing his ACL for the second time in two seasons, the wide receiver became a free agent after his contract with the Los Angeles Rams expired.

Multiple teams have expressed interest in signing Beckham Jr., with the NFL star visiting the Buffalo Bills, New York Giants, and Dallas Cowboys, with the latter considered one of the favorites to sign him. However, their owner has stated that he is concerned about his fitness until he sees him work out properly.

Everyone seems to have been linked to Beckham Jr at some point this season, despite the fact that he is unlikely to be eligible until the postseason.

The Rams have been linked to re-signing him, while the Cowboys, Bills, and a return to New York have also been mentioned.

According to ESPN’s Jordan Raanan, the Giants may be the most appealing option because he has unfinished business with his former team, but it all depends on whether they are willing to pay him what he wants.

Meanwhile, the Cowboys are said to be in a better position with more leeway, but their owner has stated that he is “not confident” at this time.

Rumours began to circulate after Beckham Jr was seen attending a Dallas Mavericks game with Cowboys stars Trevon Diggs and Micah Parsons, but they are meaningless until Jones is willing to do business.

Jones stated this to WFAA’s Mark Lane: “I’m not confident at all. And, so, that’s the issue.”

“Now, we all realise that issue of health, that issue of availability is here every time. Just this one is very obvious and very pointed toward his injury that occurred last year in the Super Bowl. We got a good bead on that. We got a great read on his career. It’s not like a draft pick coming at you.

“You got a lot of history here and you can take a good look at, not only the obvious and that’s his performance, but also any issues regarding health. So, all of this we got to come in with our eyes wide open and it has to be addressed, and that’s when you can see if you can make a deal or not.”

With an injury as serious as Beckham Jr’s, his next move is more about the following campaign rather than strengthening for the upcoming post-season.

But Jones has also claimed that one of the main perks of signing Beckham Jr would be to help them navigate their way to the Super Bowl, and they’re flying this season.

The Giants are waiting in the wings, as they know they have the emotional lure with Beckham Jr holding the franchise close to his heart. The Buffalo Bills are also in the mix, with offensive coordinator Ken Dorsey recently calling him a “heck of a player.”

Despite his reservations about the Cowboys, Jones isn’t giving up on the deal just yet, and has even compared it to a marriage.

“We had pretty extensive meetings. We spent quite a bit of time together. I enjoyed every minute of it. We’ll get back together (Tuesday) and see where we go from here. A lot of variables. It has to fit for both parties. This is like getting married. You’re not getting together to have issues after you get together.”