There have been numerous Pokemon Scarlet and Violet leaks, including information on the gameplay, brand-new Pokemon, their typings, and battle tactics that are only available in this game. All of the rumors we’re talking about below have the potential to reveal a ton of information about Pokemon Scarlet and Violet. Click away right now if you don’t want to know anything about the upcoming game!

The first image is a new gimmick. pic.twitter.com/3raF2ZjZFU 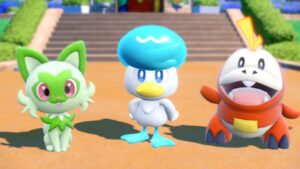 Some new Pokemon based on leaked screenshots include:

Current word is that there will only be two regional forms in total. Pokemon Confirmed to NOT Be in the Game

While it’s likely that the entire evolutionary line is missing, only specific Pokemon were mentioned as not being in the game. The Pokemon listed below are those that have been named.

Pokemon Confirmed to BE in the Game 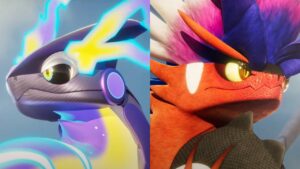 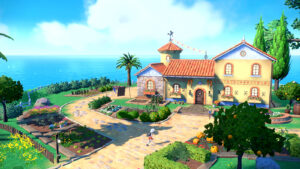 While we don’t know the name of the region, leakers have revealed the following information about the area we’ll be exploring.

The Gyms of the region can be completed in any order, but there is no level scaling, so you may find yourself far too powerful for a gym. These Gym leaders will have second jobs that are related to their typings. So far, we know that one is an Ice Skier and the other is an Electric Streamer. In addition to traditional Gyms, there will be a classic Elite Four, one of whom appears to be a child.

You can take care of and wash your Pokemon while you’re at the Pokemon Picnic. They will recover their HP and value of friendship by doing this. Additionally, this is how Pokemon eggs are acquired.

There will be an auction house where various items will be available for purchase. The Rotom Catalogue is one of the known items that will be included in this auction. There is no new Rotom form in Scarlet and Violet, but it was apparently considered at one point.

Multiplayer will be available in both online and local play, allowing up to four trainers to explore the same world.

Features that will be returning

Features that will not be returning 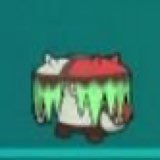 These Past/Future Pokemon will appear alongside their modern counterparts. They have unique names and numbers in the Pokedex. According to current estimates, there will be 8-9 Future Species. They will appear in the endgame area.

Some legendary Pokemon will receive ancient/future species, but it’s unclear whether this will be saved for DLC/Events. There will be two Pokemon that are both Future and Ancient. Volcarona is one, and the other will be a Gen 2 Pokemon. Salamance will be one of the pseudo-legendary Pokemon with an Ancient or Future species. It is unknown which type it will be or which other pseudo-legendary will take on a new form.

Convergent Species will be another new type of Pokemon. These evolved in different ways, resulting in vastly different paths.

Crystallization is another new mechanic for Pokemon Scarlet and Violet. The Pokemon will get a crystal shell around them if they use an item. It will boost a specific type of move once in this mode. It enables them to get STAB on moves that they would not normally be able to. Unlike Gigantamax or Mega Evolutions, which are only active for a short period of time, this would be active until they were returned to the ball or the battle was over.

How Many Pokemon Do We Already Know About?

From all of the leaks so far, assuming they are true, we know about the following:

What is Starters Pokemon by Generation ? Starter Pokémon are the Pokémon a Trainer chooses at the beginning of their Pokémon journey and the main protagonists of the Pokémon series of games. List All 62 Legendary Pokémon By Generation […]

Are you curious about the Pokemon Go Giovanni counters for August 2022? Giovanni is the leader of Team Go Rocket in Pokemon Go and will most likely return in August 2022 with his trusty Persian […]