Are you curious about the Pokemon Go Giovanni counters for August 2022? Giovanni is the leader of Team Go Rocket in Pokemon Go and will most likely return in August 2022 with his trusty Persian and other Shadow Pokemon. Here are our predictions for the Giovanni battle in August 2022 to help you prepare and easily defeat him.

Giovanni’s lineup for August 2022 is likely to be: The first Pokemon you’ll encounter from Giovanni is always Persian. The best Pokemon to use is a Fighting-Type Pokemon like Machamp, Breloom, or Lucaro. There are other options, and having the move Counter in your arsenal can help you stop Persian and secure an early victory. Nidoking is weak to Pokemon of the Ground, Ice, Psychic, and Water types, so you can use a Pokemon with fast and charge moves, like Glaceon or Mewtwo, to defeat it. Additionally, Nidoking can be defeated by Garchomp by using attacks like Mud Shot and Earthquake. 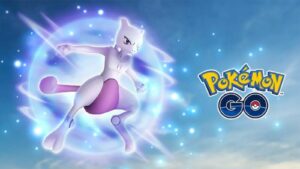 To quickly defeat Rhyperior, you’ll need a Grass or Water type Pokemon with a powerful move like Hydro Cannon or Frenzy Plant. Fast moves such as Razor Leaf and Waterfall can be extremely useful in opening up opportunities during a fight. Giovanni used a Shadow Latios in July 2022, but he might switch things up and use a different Shadow Pokemon next month. If Latios reappears, you should use Bug, Dark, Dragon, Fairy, Ghost, or Ice-type Pokemon to defeat it.

What is the Legendary Pokémon By Generation ? Legendary Pokémon are extremely rare and often very powerful Pokémon that they are associated with legends of creation and / or destruction within their endemic regions. All […]