Traitor Chokran is the first boss that players encounter in Moonscars. He was once known as Chokran, one of the Sculptor’s loyal Pristines, before becoming corrupted. In this guide, we’ll go over how to defeat Traitor Chokran by looking his attack patterns and figuring out how to counter them.

Moonscars: How to defeat Traitor Chokran

Traitor Chokran can be found in Moonscars’ Outskirts zone. He appears on occasion, accusing your character of betraying him. Soon after, you’ll come across the Fortress fast travel point. He’ll reappear inside a large chamber as you circle around to the northeastern section.

Traitor Chokran uses a combination of melee and ranged attacks, the majority of which have long hit ranges.

Chokran’ll raise his hand, twist it into a blade, and swipe three times down. During this attack, he can also turn around. As soon as you see the blade, dash in his direction, then prepare to dash in the opposite direction after the second swipe. 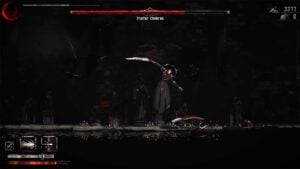 He’ll occasionally summon mobs to the arena. Smack them around to gain ichor/mana for healing and skill use. Killing them will also cause your Spite to level up, and if the recovery option appears, you will receive free healing right away.

He’ll leap up and vanish from the screen. He’ll crash right on top of you after about 10 seconds. There’s no warning, so just be ready when you see him appear at the top of the screen. 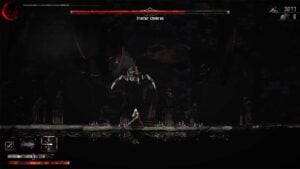 The boss’s spectral clone will appear. It will then emit red lines and several projectiles will fly out. To avoid them, move to the gaps or dash. 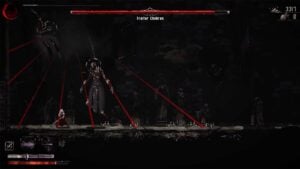 When Chokran’s health drops below 50%, he will perform the Spike Rain move on his own, casting this ability three times in a row. This can also happen when summoning the Revenant and Undead Knights.

In any case, since you’ve only just begun the game, the Traitor Chokran boss fight shouldn’t bother you too much. Just keep an eye out because you have to parry the actual hit that might connect with your character, not the animation where he passes through you. That’s everything in our Moonscars guide.