John Matthew Stafford (born February 7, 1988) is an American football quarterback for the National Football League’s Los Angeles Rams. He was a first-team All-American at Georgia before being selected first overall by the Detroit Lions in the 2009 NFL Draft.

What is Matthew Stafford’s injury? 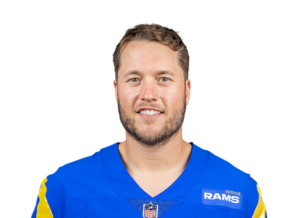 UPDATE (DEC. 23): Stafford (neck) said Tuesday that he has no plans to retire, according to Cameron DaSilva of USA Today.

UPDATE (DEC. 18): According to Jourdan Rodrigue of The Athletic, Rams head coach Sean McVay stated on Friday that Stafford will not require any type of procedure while recovering from a spinal cord contusion.

UPDATE 3: Stafford’s neck injury isn’t a long-term issue, according to coach Sean McVay, and the quarterback is expected to have a “healthy offseason,” according to Jourdan Rodrigue of The Athletic.

UPDATE: Matthew Stafford (concussion) participated in full practice on Wednesday and is expected to be cleared for Sunday’s game at New Orleans.

Things just got a lot more difficult for the Rams ahead of their Week 10 game against the Cardinals: starting quarterback Matthew Stafford has entered concussion protocol and has been ruled out an hour before kickoff.

The Los Angeles Rams will be without quarterback Matthew Stafford against the Arizona Cardinals on Sunday because he is still in concussion protocol.

Stafford will miss his first game as a member of the Rams, and only the ninth game missed by the veteran quarterback since 2011.

Stafford has struggled this season, taking four sacks and eight QB hits in the Rams’ 16-13 loss to Tampa Bay in Week 9. So far, he’s thrown eight interceptions to only eight touchdowns.

However, without an established backup option, his absence could loom large; the Rams turn to John Wolford in his place.