Mariah Carey reveals in a new interview with Rolling Stone that she has discovered a version of the mythical 1995 alt-rock album she thought was lost and plans to release it to the public. 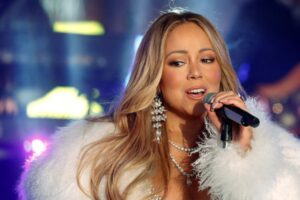 If you’re thinking, “I’ll believe it when I see it,” now might be the time: Mariah Carey appears to be bringing one of her most rebellious works to the public after nearly 30 years, a project her label purposefully tried to hide.

After Columbia Records hided Carey’s involvement in the project, the album was hint in 1995 under the name Chick, with overlapped vocals by Carey’s friend Clarissa Dane. On the other hand, Cary sang all of the original demos in a style that she explains as “a girls’ Green Day group moment.”

“This was my outlet, and nobody knew about it,” Carey tells interviewer Brian Hiatt. “I honestly wanted to put the record out back then…and let them discover that it was me, but that idea was squashed.” Carey hints that she’s also continuing to work on a retooled edition of the plan with another artist—either way, she wants fans to hear it.

Carey opens to many collaborations and also believes that the album will be noticed. “I was playing with the style of the breezy-grunge, punk-light white female singers who were popular at the time. You know the ones who seemed to be so carefree with their feelings and their image,” Carey writes. “They could be angry, angsty, and messy, with old shoes, wrinkled slips, and unruly eyebrows, while every move I made was so calculated and manicured. I wanted to break free, let loose, and express my misery—but I also wanted to laugh.”