On Sunday afternoon, the Cincinnati Bengals will face the Kansas City Chiefs in a crucial AFC matchup at Paycor Stadium. This has quickly emerged as one of the NFL’s most promising new rivalries. 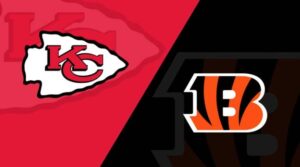 There were a lot of questions surrounding the Chiefs heading into this season, and they’ve been able to answer them all so far. The Chiefs are first not only in the AFC West, but also in the AFC overall, so going on the road in this one will be difficult.

Jerick McKinnon (hamstring) practiced fully on Friday and is questionable for Sunday’s game at Cincinnati.

McKinnon has been dealing with a number of health issues for the past four weeks, but a strained hamstring has followed him into Week 13 preparation.

After missing practice on Wednesday and Thursday, he took every rep at Friday’s session, clearing him to play in the Chiefs’ backfield on Sunday.

The Bengals had a slow start to the season, but they are suddenly in the conversation with the Chiefs and Bills as teams to watch at the top of the AFC. Coming into this game, the Bengals had won three straight and five of their last six.

Joe Mixon (concussion) did not clear concussion protocol on Saturday and is listed as questionable for Sunday’s game against the Chiefs, according to ESPN’s Adam Schefter.

Joe Mixon has been in concussion protocol for the entire week leading up to the game against the Chiefs, and he only has a few hours before kickoff to be cleared. He is still questionable, and his status will be announced shortly before 4:25 p.m. ET on Sunday.