Melding Pudding is a Master Rank Material in Monster Hunter Rise that is primarily utilized for crafting and improving a hunter’s equipment. In this article, we’ll go through two ways to obtaining Melding Pudding in MH Rise: Sunbreak.

How To Get Melding Pudding in MH Rise: Sunbreak

The first method for obtaining Melding Pudding in MH Rise is simple. All you have to do is go out and hunt. Melting Pudding appears to be gained through Master Rank 6 missions. It may take some time to finish because this is the highest level Master Rank quest accessible in Sunbreak at the present.

In the second method, you need to unlock a new Argosy buff called Backroom Deals first. By using it, you can acquire new, rare materials via your submarines. Backroom Deals can be unlocked by playing through the Master Rank story question of Monster Hunter Rise: Sunbreak and speaking to Nagi the Buddy Agent any time they have new dialogue. 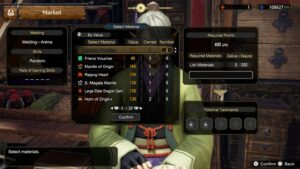 The second method  requires you to first obtain a new Argosy buff called Backroom Deals. You can use it to get new, uncommon materials via your submarines. Backroom Deals can be obtained by completing the Master Rank story question of Monster Hunter Rise: Sunbreak and speaking to Nagi the Buddy Agent whenever they have new conversation.  Nagi can then be found via the “Market” fast travel point. She will introduce you to “Backroom Deals.” Then, from the list of possible menu options, choose “The Argosy.” Then choose “Order Items” and then “Trade Requests.”

When you complete a typical hunt, the Buddy will passively gather items for you. In addition to the standard things, you will have a chance to receive one of three additional goodies. It may be a Locked Treasure Chest (which simply means something you can sell for zenny), MP Accelerant (which allows you to perform any talisman meld in an instant), or the enigmatic Melding Pudding. 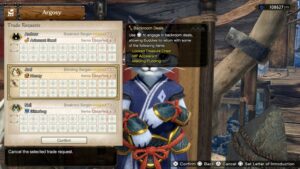 When you pick trade requests, make sure to hit Square/X/Y on a PlayStation, Xbox, or Nintendo controller. Also, take a few moments to unlock each submarine. Monster Hunter Rise has three in total. Obtaining all three will treble the likelihood of your Melding Pudding dropping. Not to mention that it assists you in farming for other commodities such as ammo, potions, the Motley Mix, and so on.

How To Farm Keratin And Chitin In Ark Fjordur

Keratin and Chitin are both required in large quantities for many crafting techniques in Ark Fjordur. In this guide, we’ll show you how to farm Chitin and Keratin more efficiently. Ark Fjordur Gacha Location and […]

Stray Neo Corp Factory: How To Get In

Stray is an adventure game released in 2022 by Annapurna Interactive and developed by BlueTwelve Studio. The plot revolves around a stray cat who falls into a walled city teeming with robots, machines, and viruses […]