Despite the show’s popularity, George RR Martin stopped writing Game of Thrones – GOT after season 4. He does, however, promise to be more involved in this show.

George RR Martin promises to be more involved with the Game of Thrones Series. 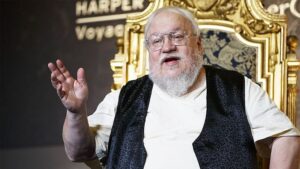 The Game of Thrones backlash was born slowly, like a caravan of snow zombies approaching a poorly-lit castle that no one could see on a home entertainment system. Starting with season four, the show gradually went off the rails, going from highs like the “Red Wedding” to lows like an Ed Sheeran cameo that not even Sheeran himself could enjoy. Long before the Bran the Broken monologue, the brutality and unnecessary sexual exploitation began to erode fan trust. Something wasn’t right, even if fans couldn’t pinpoint what it was until it was too late.

So what exactly happened? It turns out that George R.R. Martin stopped making contributions to the show, which is exactly what everyone assumed. As ridiculous as it is to blame one person’s contribution to the series for its shortcomings, the problems with the show’s final season boil down to writing. Untethered characters made bizarre decisions that the show struggled to justify and retcon (though this writer may be the only Thrones fan who thought Hodor’s “hold the door” scene was a Shymalanian twist too far). The good news for Game of Thrones fans is that Martin’s expertise will be used in the upcoming series. However, we may have to wait a little longer because Martin is currently working on two television shows at the same time. Despite being “very, very late” on this one, Martin promises that his “ending will be very different.” So, sadly, there will be no descriptions like, “And Daenerys emerged, with her dragon’s wings splaying directly behind her. For but a moment, Snow thought they were her wings. She was the mother of dragons after all—perhaps, she sprouted wings. It wouldn’t be the first time her personality veered wildly off course. But they were not hers. It was merely a shot that should be taught in film classes.”

Emilia Clarke does not want to be linked to the nakedness, and this was the reason why the star of “The Game of Thrones” refused the role of Anastasia Steele in the movie “50 shades […]

Despite Game of Thrones’ widely mocked ending, HBO is determined to turn author George R.R. Martin‘s universe into a massive TV franchise. As of now, we know that House Of The Dragon will be the […]