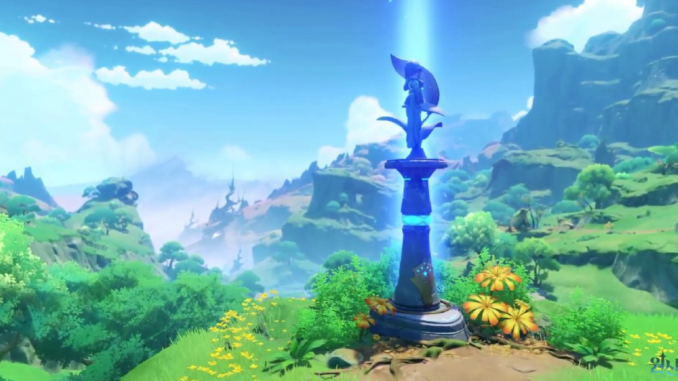 Genshin Impact Update 3.0 will mark the introduction of the Sumeru region, its associated element, Dendro, new characters, and more lore for Travelers to peruse. 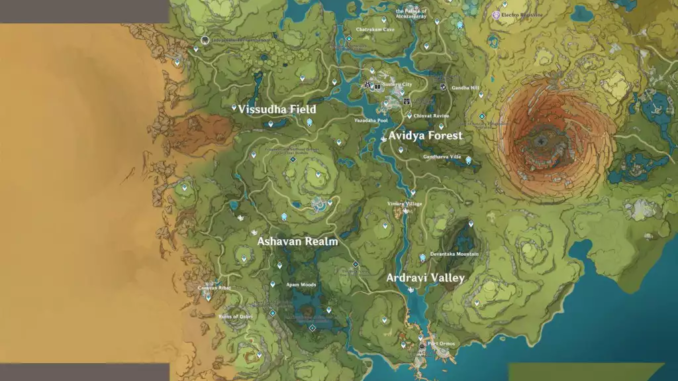 The first of these leaks comes from a prominent dataminer, Ubatcha, who provided a  nearly completed map : including location names, important POIs and Teleport Waypoints , some of the region areas are shaded, indicating locked locations that will be available in later updates.

The second Sumeru map leak comes from a recently credible dataminer, Naevis, who posted first-look imagery of some of the domains in the region.

While Sumeru’s deserts look majestic at first glance, they are quite vast and dense, and judging from the map, the desert is located on the western side of Sumeru, which has yet to reveal any landmarks.

Early leaks suggested that there will be an event rerun occurring in the update, for example: notable Gensin Impact dataminer Project Celestia revealed details on the flagship event for the update, which Genshin BLANK further corroborated.

An event in Version 3.0, it features Collei aside from "generic" NPCs.

Collei is the reward for the event. (No, it's not the Trawler fish-bow.)

The staff of Acara Crafts, a toy store in Port Ormos, are preoccupied with the hindered development of new toys.

(See you Collei in Mondstadt during the new Festival!)#GenshinImpact #原神 #Genshin pic.twitter.com/CE76DLFMNf

Another related leak, the Lost Riches event may be gaining a rerun in the update, which can be obtained from the event as a reward, and Travelers may get to use it during the event rerun.

As far as I'm aware, there's no mentions of Moonchase being in 3.0 – If that's incorrect, someone can correct me.

On the other hand, the Sabzeruz Festival should be in 3.0 however it doesn't exactly pan out the same way festivals usually do…