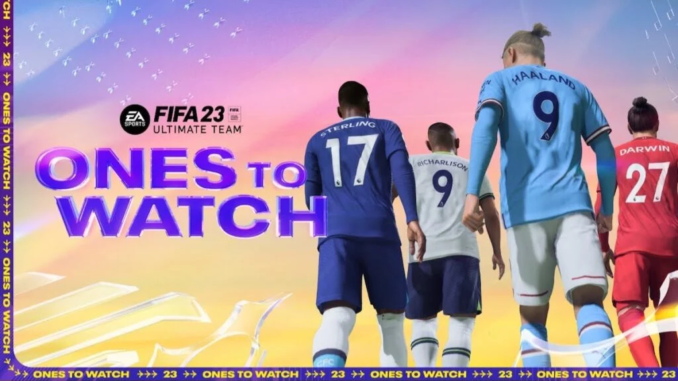 FIFA 23 Ones to Watch release date

FIFA 23 Ones to Watch  will kick off on Friday, September 30, 2022, the same day as the game’s global release date. There will be a mini-release for the OTW promotion on October 2, 2022, so you’ll want to keep an eye out for that as well.

How to get OTW players

The only way to guarantee that you will receive an untradeable OTW player in FIFA 23 is to have pre-ordered the Ultimate Edition of the game before September 30th.

FIFA 23 Ones to Watch players confirmed

An additional “mini batch” of players will be released on October 2:

Also there will be some players  released via objectives and SBCs :

FIFA 23 Ones to Watch players predictions

FIFA 23 is an upcoming football simulation video game published by Electronic Arts. It will be the 30th and final installment in the FIFA series that will be developed by EA Sports, and is scheduled to be released worldwide on 30 September 2022 for PC, Nintendo Switch, PlayStation 4, PlayStation 5, Xbox One, Xbox Series X/S and Google Stadia.