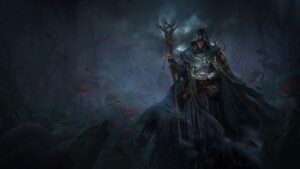 With Diablo Immortal Season 3, the event is described as: “A sinister invasion born from the vilest machinations of the Burning Hells is underway – the Wrathborne, with their armies in tow, have besieged Sanctuary.” The event works as follows: every day, enemies invade one of the game’s regions, and players must slay them before they take over the region.

Nelphalem must travel to the invasion region in order to participate in the event. A notification will be given by the game. The Wrathborne Invasion Daily Event begins at 12:00 p.m. server time. You can easily join this new Diablo Immortal event at 12:00 server time, regardless of where in the world you are.

Many of the rewards from the Diablo Immortal Wrathborne Invasion event are random gear drops. Accoriding to Blizzard, a show of immense strength against the Wrathborne’s attempt to control the zone will be most richly  rewarded in gear, which means the top three damage dealers will each receive six Enchanted Dust.

On my server, Dark Wood was the first region to be invaded on August 4th, 2022, and it is impossible to predict which region will be invaded next. Of course, the new Helliquary boss is Gorgothra. While defeating Gorgothra during the Wrathborne Invasion Daily Event won’t net you any Scornia, you can anticipate a ton of random gear drops, just like with most other world event bosses.

While you wait for the event to begin, check out the video below that discusses where Diablo Immortal fits into the franchise’s timeline, as well as everything you need to know about the game’s story and the Sanctuary world.

With all of the details about the Wrathborne Invasion Daily Event in hand, the only thing left to do is begin farming those rewards. Nephalem, get to work!

If you want to get started in MultiVersus with a fun fighter who can pack a punch, Superman is an excellent choice . The Man of Steel is a Tank archetype fighter, making him one […]