What is the Scallywag Title Triumphs ?

There are only 10 Triumphs to unlock for the Scallywag Title and Sigil during the Plunder Season. However, some of these triumphs are locked behind weekly activities, upgrades, and seasonal weapon crafting. 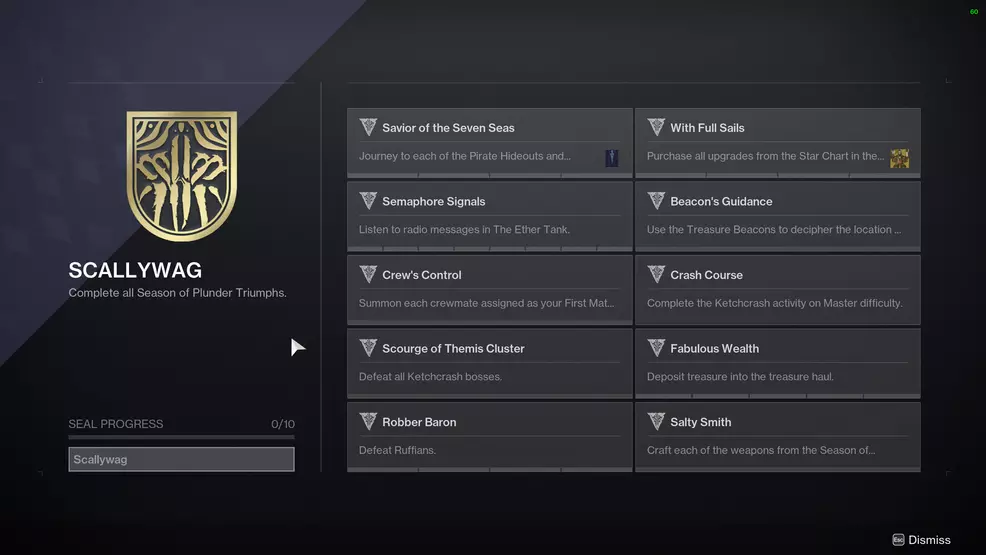 If you’re looking to win the seasonal Scallywag title in Destiny 2 Season of Plunder, then one of the requirements you’ll have to fulfill is the Salty Smith Triumph.  Since many players don’t even have all of the Season of the Haunted’s weapons built yet, this may seem a bit daunting. But for now, at least, there’s a way to get this Triumph that doesn’t require crafting any seasonal weapons.

How to easy Complete the Salty Smith Triumph in Destiny 2 ?

To complete this trick, you’ll need a seasonal weapon – not red-bordered variants, just any regular drop will do. Bring your gear and start crafting weapons on Savathun’s Throne World. You want to equip as many seasonal weapons as possible, then craft whatever unlockable pattern you have. Once done, check your Salty Smith Triumph progress. Any seasonal weapons you have equipped while crafting should be checked. You can repeat this process as many times as needed, swapping out the weapons you’ve equipped to complete Victory.

NBA 2K23 Jack of All Trades Build: How to set up the best

NBA 2K23 Build With Most Badges: include finishing, shooting, defensive NBA 2K23: How to Unlock the Accelerator Takeover Perk – Current Gen and Next Gen NBA 2K23 Jack of All Trades Build The Best Jack […]

NBA 2K23 Daily Spin is something all MyCAREER players should take full advantage of when they jump into the game. NBA 2K23 – How to Unlock Gym Rat : Current and Next Gen NBA 2K23 […]