If you’re looking for a single build that will allow you to complete all of the end-game content with ease, you’ve come to the right place. This article will show you how to build  an enemy-crushing Tiny Tina’s Wonderlands chaos 50 build. We’ll go over all of the skills, hero points, class options, and weapons.

We chose Stabbomancer and Spellshot as our classes. The combination of critical damage and spell damage conversion allows your weapons to deal significantly more damage while maintaining decent ward regeneration.

No Tier III skills were added to this build. On the other hand, you can find some substitutes at the end of this section.

Action Skill – From the Shadows 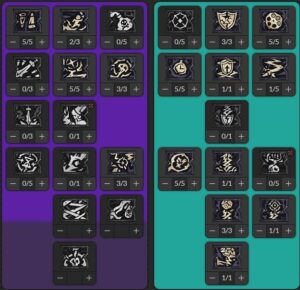 Additionally, you can redistribute some of your Contagion points by using them to upgrade Sneak Attack or acquire Glass Cannon for even more damage. You can spend 49 Hero Points. Normally, you get one Hero Point per level, but at some levels, you get more than one. Choose Village Idiot as your background at the start of the game. It provides the most raw points and allows you to obtain the highest Strength value.

These points improve various attributes. You have the following options:

In this Tiny Tina’s Wonderlands Chaos 50 build, you should prioritize Strength and Attunement. The remaining points can be allocated to Dexterity for increased damage or Constitution for increased survivability. 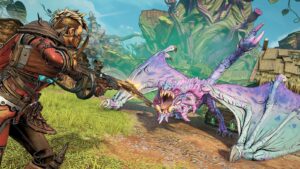 The bunnies at the end of the chaos chambers can drop any item. Furthermore, if you complete a mirror from a specific DLC, the items will be added to the chaos bunnies as well.

The best way to use this armor is to have Stabbomancer/Spellshot bonuses that increase All Damage Dealt, Spell Damage and Gun Damage. The best roll is  a +2 into Arsenal and a +3 into Magic Bullets and 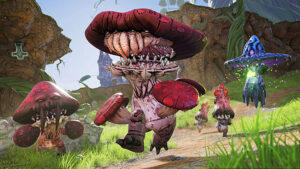 How To Get Cat Hoverboard In Pet Simulator X Roblox

Pet Simulator X, abbreviated PSX, is the third installment in the Pet Simulator series. Its central premise involves players catching and hatching pets from Eggs. While there are over 950 adorable pixelated pets to unlock, […]