The Ancient City has finally arrived in Minecraft thanks to the Wild Update. This underground structure appears at random below the -0 level and contains a variety of secrets, such as items, Skulk, and the terrifying Warden mob. In this list, we will provide you with the best Minecraft 1.19 Ancient City seeds for Java and Bedrock editions in September 2022. 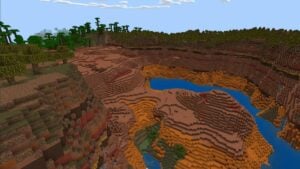 With a spawn in the vast Mesa/Badlands biome, surrounded by jungles and forests, this is an unusual starting point with a fascinating secret: An Ancient City only 120 blocks away from X: 0, Z: 0. You’ll come across lush caves and plenty of resources on your way down to the Ancient City. And, of course, the vast open darkness of the Deep Dark. 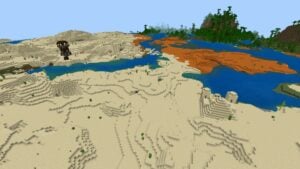 This is one of the most densely populated deserts you’ll ever come across! Underneath it all is one of the largest and most sprawling Ancient Cities we’ve seen. A massive cavern buried beneath a mountain range that causes Skulk to rise nearly 40 blocks. To make matters worse, several parts of this Ancient City are covered in Slime Chunks! An ancient city called Dripstone City is located where a dripstone cave is, adding even more dread to the already terrifying setting. Huge snow-covered biomes, including a forest, plains, and mountains, surround and cover the area. One of the vast mountain ranges’ peaks is below the Ancient City. 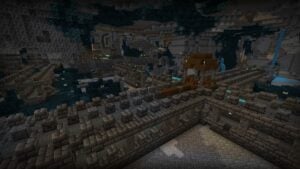 Excellent loot and a fantastic surface base location can be found in this amazing ancient city. A perfect island in the Ice Spikes biome or a wonderful Mountain Meadow are your options. There are also two villages close by, but given how close they are to an Illager Tower, they might not last for long. 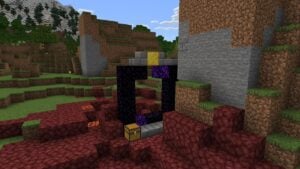 You are lucky to have three nearby Ruined Portals and easy access to the Ancient City when you spawn next to a vast ocean with endless potential on the horizon. The region is dotted with villages and other structures that provide easy access to a variety of wood, stone, and building materials. 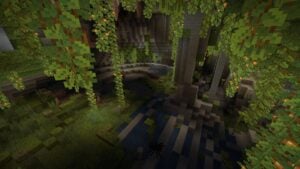 Spawning in a forest with naturally grown Azalea trees gives you access to a very shallow lush cave. A few dozen blocks down from your starting point, you’ll find some incredible lush caves. This is a really beautiful spawn, with the Ancient City only 3000 blocks away and so many fascinating caves along the way.

Cave to the City 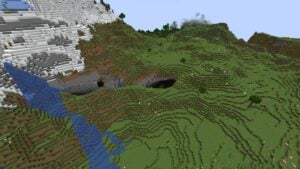 A large cave at the foot of a mountain winds its way deep underground through dripstone and lush caves to a dank and Ancient City. The area is surrounded by one of the more impressive-looking mountain ranges we’ve seen in-game. 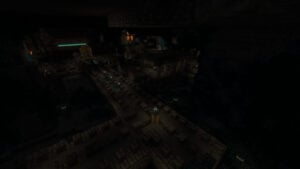 This Ancient City’s entrance is guarded by a frozen icefield. As you dig deeper, you will encounter a Mineshaft, which will reward you with valuable spoils in minecart chests. There are hidden points of interest throughout this barren landscape, but the true treasure is unquestionably deep beneath the world’s surface. 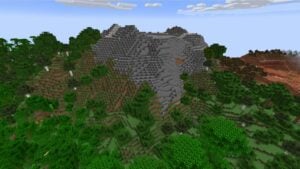 A single flat-topped mountain protrudes from the heart of a vast jungle surrounded by badlands. You can build your distant outpost here in the midst of a jungle clearing, giving you great access to starting resources and a nicely secluded area, before tunneling down into an Ancient City.

New biomes and features, including mangrove swamps and ancient cities, were made available to players in Minecraft 1.19’s Wild Update. Mangrove swamps are essentially an improved version of regular swamps. They have deeper waters, fish, […]

The Ancient City has finally arrived in Minecraft thanks to the Wild Update. This underground structure appears at random below the -0 level and contains a variety of secrets, such as items, Skulk, and the […]