New biomes and features, including mangrove swamps and ancient cities, were made available to players in Minecraft 1.19’s Wild Update. Mangrove swamps are essentially an improved version of regular swamps. They have deeper waters, fish, frogs, and mangrove trees, all of which give these biomes a new lease on life. Check out this list of the best mangrove swamp seeds for Java and Bedrock Minecraft 1.19 if you want to explore new areas with this biome. 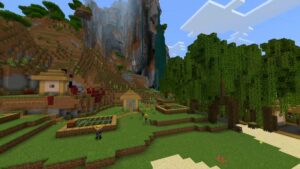 For players who want to begin a new game in the mangrove swamp biome, this is among the best starter seeds. This seed not only spawns you close to a village, but also directly below the village, underground, is a stronghold. Players will also come across enormous caves, coral reefs, and even a shipwreck. These factors make this seed advantageous for players who want to create a speedrun. This seed is excellent for 1.19 because it has four rare Witch Huts close to one another in addition to a sizable mangrove swamp near the spawn point. Travel southeast from your spawn point until you come across the old swamp biome bordering the mangrove swamp. This is where you will find the Witch Huts. In addition, there are some Ruined Portals and a Desert Temple nearby, as well as a Plains Village. 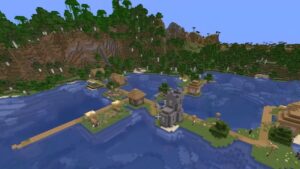 This is a good chance to see both the old and new swamps since the Mangrove Swamp is divided from the typical swamp to the north of where you spawn. The village near the mangrove swamp that seems to float entirely on water is the most intriguing feature of this seed. By using this seed, you can travel to a village in a mangrove swamp near a breathtaking waterfall. The village has a Ruined Portal, and your starting point is near the mangrove swamp. This seed also grants access to dripstone caves, dungeons, and pillager outposts, where valuable treasure can be looted. This seed places us in front of a picture-perfect village on the cliff’s edge, next to a massive waterfall. A large mangrove swamp directly in front of the village offers plenty of open space for boating. A ruined portal can also be found in the village’s center. This seed’s most intriguing feature is the sizable patch of Mangrove Swamp that emerges in the middle of a desert, forming the ideal oasis for construction. 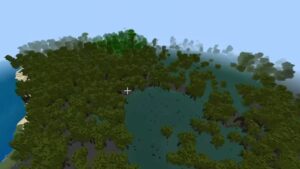 A jungle biome can be found in the heart of the mangrove swamp. Players will find an old swamp biome on the other end of the mangrove swamp, which transitions into an old growth birch forest. This seed also has a fossil, an ocean monument, and a mushroom field in the middle of a lukewarm ocean. 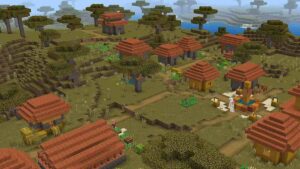 This seed places you in a sprawling Mangrove Swamp that spans nearly 700 blocks from side to side. Aside from that, this seed has a village with a lot of crops, a beautiful flower forest, and pillager outposts. A shipwreck with buried treasure is also nearby for players to explore.

What is the Java Jungle Seeds for Minecraft ? Minecraft seeds are codes that generate the worlds you play in. They cover a wide variety of locations, including murky dungeons and landscapes with beautiful views. […]

Check out these best Minecraft island seeds for your upcoming world! Who hasn’t fantasized about what it might be like to live alone on an island? By using one of these seeds, you can create […]