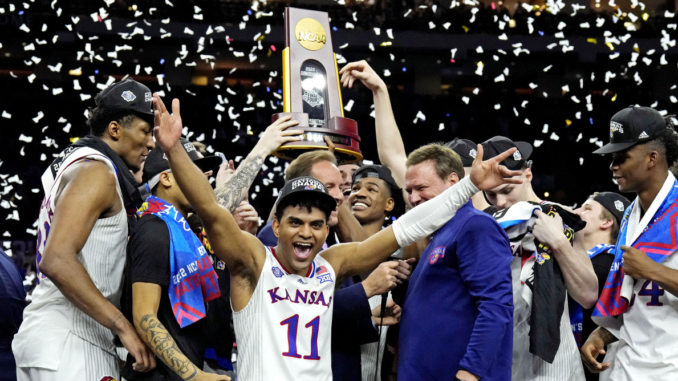 March Madness is one of the most exciting times in the entire sports calendar year. With upsets, Cinderella stories, and more of the unexpected that could happen every game, sports fans and sports bettors alike always get hype for this 68-team extravaganza.

If you are not familiar with how the March Madness tournament works, here is a fast primer. March Madness is a 68-team college basketball tournament that spans seven rounds. It is single-elimination with the winner taking home the NCAA College Basketball National Championship.

You can bet on March Madness betting markets at all of the best Ohio sports betting apps. On these betting platforms, you will find all of the most popular bet types. You can bet on pre-game markets like money lines, totals, and player props while also betting on these markets live while the games are underway. Be mindful that where you are betting from will affect how you can bet on this tournament.

Furthermore, there are also stats like hip with no restrictions at all. In Ohio, you can bet on both in-state schools and player props. Ohio State fans rejoice in betting now.

Who is the favorite to win March Madness 2023

There are layers upon layers of teams that you can bet on to win the March Madness tournament today. Once Selection Sunday happens, the field will be cut down to 68. But today, the field is much larger with odds from +600 (Houston) to +200000 (Eastern Michigan).

Today, the focus will be on the teams that are viewed as legit contenders. Please note that all odds are from BetMGM Ohio.

Houston (+600): Houston has the best odds to win March Madness for a reason. They have an 18-1 record overall and 6-0 in the AAC while riding a nine-game winning streak. Houston was also the No. 5 seed in last year’s tournament and steamrolled teams until they got bounced by Villanova in the Elite 8. Look for Houston to make some serious noise as they contend for the 2023 National Championship.

Kansas (+1000): With a 16-2 overall record and a 5-1 conference mark in the Big 12, Kansas is a perennial contender to take down the March Madness tournament. Currently, Kansas has the second-best odds to win it all. However, since the Jayhawks play in the most difficult conference, they are a loss or two away from seeing those odds drop to a greater value. From coaching to player personnel, it is no surprise that Kansas has what it takes to win the National Championship.

Gonzaga (+1600): When you think of men’s college basketball, Gonzaga is a team that always comes to mind. Bounced in the Sweet 16 a year ago, the Bulldogs are out to redeem themselves. Sitting with a 16-4 record and a 5-1 mark in the West Coast Conference, Gonzaga currently sits with the eighth-best odds to win the march madness tournament at BetMGM Ohio (+1600). Although the Bulldogs are perennially one of the teams to beat in college basketball, they have never won a National Championship. That is something that can change this season if the Bulldogs get hot at the right time. Another well-coached team that has the talent to win it all, Gonzaga is one of the best value bets on the board today.