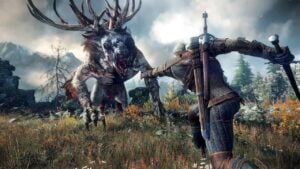 All of the gear and abilities highlighted in this build are meant to work together to give you a powerful build for dealing high fast attack damage, high critical damage, and maintaining your health.

While your defense will be a little lower due to the light armour and less focus on defensive abilities, the three potions will work together to ensure you can continue to earn HP while doing tons of damage. It’s also worth noting that you should practice your dodge and parry techniques because you’ll want to avoid being hit even more than usual.

That concludes our best build for The Witcher 3 Death March.