FIFA 23, the latest installment in EA’s landmark FIFA football series, is set to arrive later this year. FIFA 23 brings innovations never seen in the world of videogame football, whether you’re on a pitch or behind the scenes making various decisions in career mode, and it’s coming to PlayStation 4 and 5 with crossplay 1-v-1 modes between versions. This FIFA is stepping up and showcasing EA’s progression with the series, with improved physics and graphics, as well as, for the first time, women’s club football integration, including a playable women’s FIFA World Cup.

Authentic Football Controlled By You One of FIFA 23’s main goals is to be the most authentic entry in the series yet. EA has improved its HyperMotion 2 motion capture system to make players appear more realistic than ever before. Players now run, kick, and block with such realistic motions that you may forget you’re playing a football videogame.

EA demonstrated several features made possible by this cutting-edge technology. FIFA 23 includes augmented reality broadcast replays, which make the game more immersive. The environments have also been improved, with Hyper-realistic pitch surfaces and an improved stadium atmosphere that includes the most audience chants and animations in the series.

The world isn’t the only improved feature of FIFA 23. Players and the sport itself have been improved, with more realistic physics present in all areas of the game. 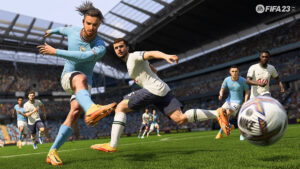 Another goal is to ensure that the gameplay in FIFA 23 allows for even more player input. The new mechanics are designed to give you complete control over how you pass, score, and move. A new skill-based risk-reward shooting mechanic, more intuitive free kicks, penalties, and corner shots are among the new features.

A World Of Game Modes

FIFA 23 includes a plethora of modes in which you can put all of the visual and mechanical upgrades to the test. FUT Moments is one of those, in which you can create your own squad of new ICONS, FUT Heroes, and anyone else you can think of.

The newly added Training Centre is ideal for newcomers to the FIFA series. It contains numerous challenges and chapters, each designed to teach less experienced players the fundamentals of gameplay and help them improve.

Finally, whether you’re on PlayStation 4 or PlayStation 5, you can compete in 1v1 modes against friends on the same platform generation via crossplay.

First off, let’s touch on the graphics features newly available in the PC version of Marvel’s Spider-Man Remastered. Our goal was to make this game a visual stunner on the PC platform and that meant opening up extensive configurability to PC users with varying hardware, as well as introducing some new techniques and tools to push things even further. To provide an abbreviated list: 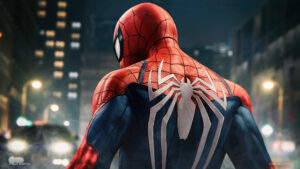 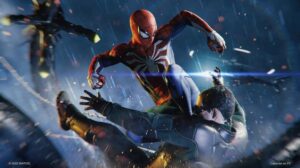 Mouse and keyboard support—during gameplay and throughout the game’s UI—provide a completely different customizable control option for those who prefer it. With Steam Input support, there are innumerable remapping options available, and the game will also offer multiple accessibility features. Marvel’s Spider-Man Remastered will also support achievements and cloud saves on both Steam and the Epic Games Store.

“While we’ve clearly been working hard to add higher-end graphical features for those with powerful gaming rigs and fancy new graphics cards, we’ve also been trying to ensure that people with all sorts of PCs are able to enjoy Marvel’s Spider-Man Remastered to its fullest,” Fitzgerald explained. “As such, we can now announce some details about minimum and recommended specs, as well as specs for various graphical preset levels.” 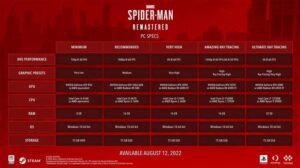 Now that you know what you’re getting with our new PC version of Marvel’s Spider-Man Remastered, you’re surely counting down the days to its August 12 release. Luckily, I’m excited to announce that we’re also offering a pre-purchase item pack. If you pre-purchase ahead of the game’s launch, you’ll get:

FIFA 23 Companion App is live now and here is everything you need to login. FIFA 23: Early access New Zealand release date, time & how to play How to fix FIFA 23 FUT Web […]

When does FIFA 23 come out? The FIFA 23 release date is September 30, while Early Access launches three days earlier on September 27. How to Get 4600 FIFA Points From Ultimate Edition & when […]