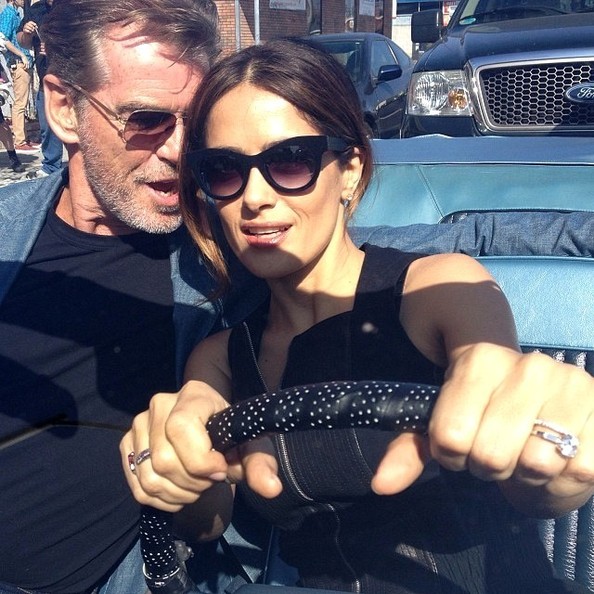 Actress Salma Hayek may defy her age at 47, but she says she isn’t desperately trying out new beauty treatment trends to maintain her youthful appearance. She says she has never had a treatment simply because other stars were and she isn’t interested in how much these types of treatments are marketed as the next best thing. She also reveals that she’s never had a chemical peel or microdermabrasion like many other stars:

“I have never gotten something done just because it was a trend or the next ‘biggest wonder’, I tend to stay away from aggressive things. I’ve never even had a peel or microdermabrasion.”

Salma says that she thinks hair and skin can be “moody” but that people need to listen to their bodies and not turn to drastic measures too quickly because she believes people make quick beauty decisions too often:

“Our skin is moody, our hair is moody, we are moody. Don’t be frustrated by it. Listen to it, look after it, but, when it’s not behaving how you want, be prepared for it to happen and don’t do anything too drastic. So many people make beauty decisions in a panic.”

Speaking on her incredibly youthful appearance, Salma thanks her grandmother who she says taught her many beauty secrets over the years:

“I have my grandmother to thank. She is my inspiration and she taught me many things. She was both an alchemist and a magician and someone with a great imagination – and that’s where I get a lot of my beauty secrets from.”