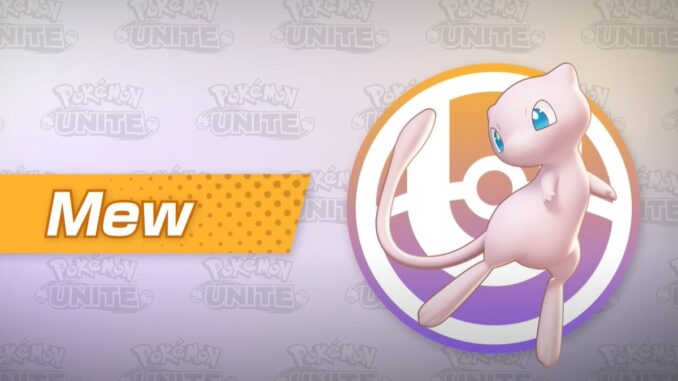 Mew is a ranged attacker and has more moves to learn than other Pokémon. Uniquely, he can also forget and relearn moves during battle, something other units cannot. Usually when you select an ability for a Pokémon, the Pokémon can’t change it mid-battle. To obtain Mew, players will need to collect mural fragments.

Pokemon Unite Mew Release Date has been set for September 2, 2022, across all major platforms.

Mew, a new Ranged Attacker, will be joining the fun in #PokemonUNITE on September 2! #UNITE1st pic.twitter.com/7TsMJbfSRx

The Pokemon Unite maintenance time for the next new update has also been confirmed, and the servers will go offline for maintenance at 2:30pm PDT / 5:30 EDT / 10:30 BST on September 1.

The scheduled downtime will last nine and a half hours and will end 12am PDT / 3am EDT / 8am BST on September 2.

Attention Trainers! #PokemonUNITE will be in maintenance on September 1 (today) from 2:30pm to 12:00am PT. During this time, the game will not be playable while we make adjustments.

We appreciate your patience and understanding! pic.twitter.com/mSNhvITmui

The Unite development team has also shared a rundown on Mew’s abilities when it does start appearing in-game on September 2, including the following moves:

Pokémon Unite (stylized as Pokémon UNITE) is a free-to-play, multiplayer online battle arena video game developed by TiMi Studio Group and published by The Pokémon Company for iOS  and Android and by Nintendo for the Nintendo Switch. It was announced in a Pokémon Presents presentation on 24 June 2020.