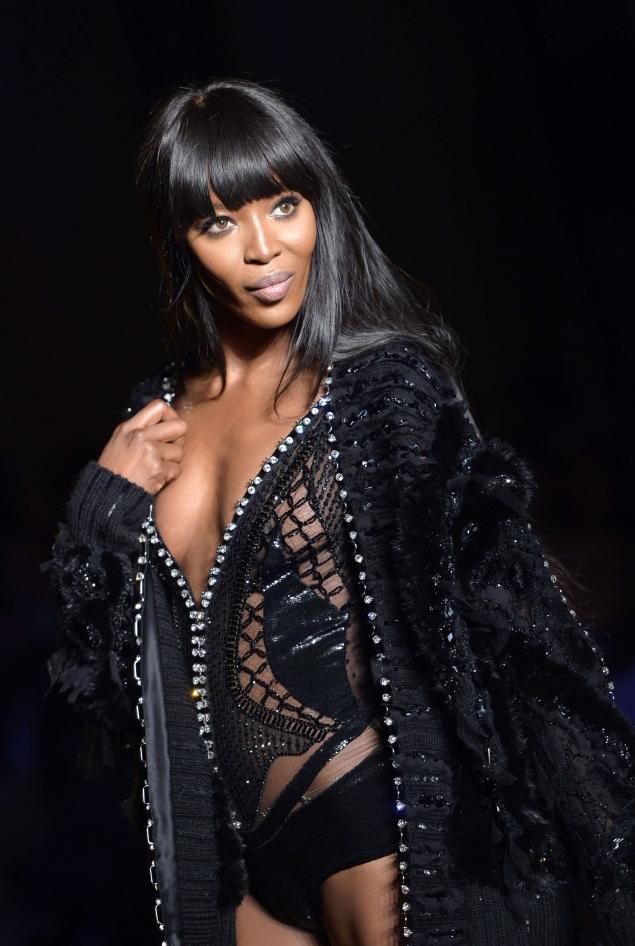 43-year-old British model Naomi Campbell has been tied to Italian fashion label Versace for many years and enjoyed a long-lasting friendship with the late designer Gianni Versace. Campbell, who now appears as a judge on modeling show ‘The Face’, opened up on Versace’s view of cosmetic surgery. She says that he never liked it when models altered their appearances and especially wasn’t a fan of boob jobs because they would completely change how his clothes fitted on a person. Naomi revealed:

”The late Gianni Versace, now he was someone that he never liked it if you went and got boobs or something like that, because he said it spoiled the way the clothes would lay and fall on you.”

Speaking on the pressure to have surgery as a model, Naomi admits that she was often told to change her appearance at the beginning of her career, especially because she had a small scar on her lip. She says that she never caved to the pressure because the scar can be easily covered with makeup and she never felt she needed to go under the knife:

”I had a scar on my upper right lip since I was three years old and when I first came to New York my agent said to me at the time, ‘You will have to get that done’ and my mother said, ‘No’. I’ve never had it done. Make up will cover it and that’s the way it is. I think if you want to do plastic surgery for yourself that’s up to you if it makes you feel good, but to do it for a job? No.”