MultiVersus is a free-to-play platform fighter developed by Player First Games and Warner Bros. Games that allows you to fight alongside or against your friends using some of the world’s most iconic characters such as Batman, Shaggy, Superman, Bugs Bunny, and others. After a while of playing MultiVersus, you may be wondering who the best MultiVersus characters are. We created this MultiVersus tier list to assist you in selecting the best characters for you by clearly outlining the current meta. Play Harley Quinn if you want to win and dish out some serious damage numbers in stylish combos. As of right now, she is unrivaled in MultiVersus. She doesn’t have a single cheesy attack that will be nerfed. There is perhaps no bigger combo monster in the game right now than her, capable of stringing together multiple attacks for massive damage payout.

Her exceptional ground attacks are only matched by her brilliant air options, with moves like Boxing Ringer, Flying Kicks, and Aerial Pummeler outperforming many comparable attacks.

Following that, we have a ton of fantastic specials! Batter Up is a great rushdown special attack, and Prank Shot can occasionally be deceptively challenging to counter. Stuffie Bat can apply some extra pressure to high-percentage enemies if used correctly. Finally, we have Jerk-in-the-Box, which is a surprisingly versatile space control method as well as a method of resetting allies aerial attacks. 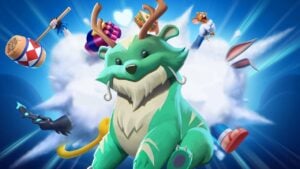 Reindog appears to be a fairly average character at first glance, but he shines as a supporter in 2v2 battles. His love leash is excellent, allowing his partner to rush off the side of the arena for aggressive kills confident that he will quickly pull them back to safety.

Furthermore, when unchallenged, his ranged pressure is unreal! You have the fireball and the Ptoo projectile, but you also have an up special Power Crystal. This creates a sort of turret that hits enemies and buffs allies if they are hit! With the Flying Floof attack, you can even turn Reindog into a projectile item, giving your partner another offensive option. 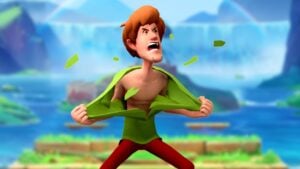 If you’re new to MultiVersus, Shaggy is the best character to start with. The main reason for this is that Shaggy’s move set includes all of the essential tools, as well as being a high-damage and versatile fighter. His normals cover every possible scenario, and all of his attacks lead to high-impact, simple combos. His charged stomp stands out because it’s an excellent edge guarding tool for when you knock players off the stage.

He also possesses a natural and simple spike with his aerial down attack, and his aerial knee strike is a great move for chasing down enemies.

Shaggy’s special moves are also both simple and powerful. His neutral special boosts the rest of his moves, making it useful in any situation if you can get it off. His uppercut, flying kick, and sandwich throws are all fighting game classics that can be used in a variety of situations.

MultiVersus features a roster of 16 characters, allowing you to choose from a wide range of WarnerBros properties and playstyles. However, not all are created equal, with some already labeled as ‘overpowered’ and others deemed […]

If you want to get started in MultiVersus with a fun fighter who can pack a punch, Superman is an excellent choice . The Man of Steel is a Tank archetype fighter, making him one […]