You will be engaged in battles for the majority of your time in Midnight Suns, so knowing who the best heroes are will be critical to ensuring you have a great game experience. With that in mind, we’ve compiled a character tier list of all 13 Midnight Suns characters, ranked from S to D. Here’s the details.

Maig is an excellent choice if you want a character who can maneuver enemies and set up other heroes to do massive damage. Her Limbo Portals are free cards that allow you to position an enemy anywhere on the field, and Gather is a heroic ability that allows her to drag all enemies in a radius to a central location. Magik is a dream utility character who is unstoppable when paired with high-damage heroes. 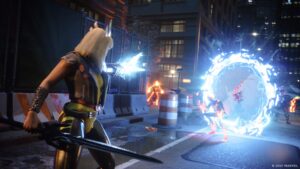 Spider-Man’s playstyle is centered on dealing damage to multiple enemies at once, with moves that can chain attacks for multiple KOs in a single turn. He is also very good at carrying out environmental attacks.

Wolverine is without a doubt one of the best tank and distributed damage characters in the game, thanks to his ability to self-revive and multiple lifesteal options. He’s a character who will always be able to stay in the fight, which is important at times.

Blade is a top-tier assassin, and few characters are as versatile as him. Blade’s passive ability allows him to bleed enemies after they have been attacked. With cars like Reaper, he can detonate bleed stacks to deal massive single-target damage. He can also heal with cards like The Hunger, which adds to Blade’s bloody sundae. Caption Marvel is still an A-Tier character despite her lack of sustain, thanks to her Go Binary passive. It’s a free card that grants her massive block and double damage after using three cards. Her AoE damage abilities, such as Photon Beam, allow her to potentially kill multiple enemies in a single turn, and her taunting ability allows her to take the heat off others without jeopardizing her own skin.

Doctor Strange has a deck full of one-of-a-kind cards that allow him to play in his own unique style. He has the ability to conceal a character, give all heroes resistance or extra damage, and even give you an extra card play.

Scarlet Witch is a late-game damage dealer with some of the game’s most powerful AoE attacks. With Unleashed and Detonate, she may have the most powerful card combo in the game, allowing her to double the damage and radius of an explosive, on top of the 40% radius increase from Unleashed, which is usually enough to cover the entire battlefield.

Ghost Rider is clearly not a beginner-friendly character. He can, however, shine in the right hands, with the ability to instantly KO enemies with Hellmouth and wipe out entire groups of enemies with Hell Ride. He has the highest skill ceiling of any hero, which is why he isn’t ranked higher, but don’t be fooled into thinking he’s just a regular damage dealer. 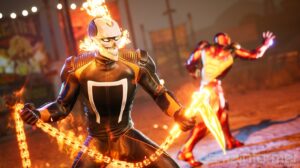 Iron Man is a jack of all trades, which is useful because of his extensive utility and damage cards, but it can also mean that other heroes perform his various roles better. However, for a variety of reasons, Iron Man remains a strong character. He possesses Air Superiority, one of the best heroic cards in the game that allows him to deal high damage to all enemies at once. In addition, his passive grants you more redraws.

Captain America is another tank character, and while he’s still very good at absorbing hits for his teammates and even dealing some serious damage himself, he’s a little less effective than other tankers. He has many cards that can increase his block, often giving you hundreds if you are clever, but in a game where offense is more important than defense, he falls a little short. Hulk certainly has a lot of cool tanking abilities, such as taunting and stunning multiple enemies or regaining health. However, he requires so much heroism to become useful that it’s better to replace him with someone else. He’s not bad, and there are times when his abilities can be devastating to enemies, but he takes so long to get online that we can’t put him above C tier. 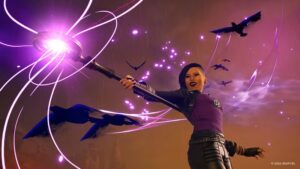 While Nico Minoru has an intriguing gimmick involving randomization, she easily becomes ineffective when your luck runs out. Most of her damage abilities are not targetable, some have random damage values, and her buffs and debuffs have random effects that can sometimes be the opposite of what you need. It’s fun to play with as a gimmick, and with luck on your side, she’s a monster, but it’s difficult to rank her higher when all of her cards are a complete roll of the dice.