Almost three weeks after his withdrawal on September 5th, Magnus Carlsen finally agreed to an interview during the Meltwater Champions Chess Tour. Most questions about the cheating scandal were avoided, but Magnus Carlsen did mention Niemann’s mentor, Maxim Dlugy. Is there any meaning to this?

Maxim Alexandrovich Dlugy (born January 29, 1966) is a chess grandmaster from the United States. He has a successful career outside of chess, but he is also notorious for a number of scandals.

Dlugy was born in Moscow, Soviet Union and moved to the United States a decade later. He became the president of the U.S Chess Federation from 1990 to 1993 and even worked on Wall Street. He launched his business in Russia. The Chess GM was charged with stealing $9 million in 2005 and imprisoned in Russia for months before being found not guilty. Due to allegations of cheating on one of the Titled Tuesdays, Chess.com banned Maxim Dlugy in 2017. Dlugy also runs the Chess Max Academy in New York and teaches there. Hans Niemann was one of the academy’s students. 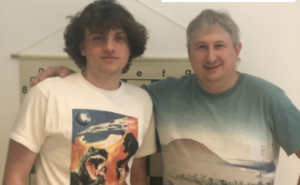 Here’s a interesting fact about Dlugy. He was the one who believed GM Borislav Ivanov was using a device to cheat by hiding it in his shoes, which led to his capture in 2013.

Borislav Ivanov would probably rank high on a list of the "top 5 worst cheaters in chess history".

And I am talking OTB. Online there is a list that include some big names less known to most people. I used to work with detecting cheaters as an admin on ICC way back. https://t.co/5iIskAMHr7

Is Carlsen taking a jab at Hans Niemann’s mentor?

Magnus Carlsen currently holds the Meltwater Champions Chess Tour record. That is, after he threw the rematch against Hans Niemann, resigning after only one move. Despite earning 3 points and Carlsen earning none, Niemann finished first in the standings with 34 points.

The interview began with Carlsen’s dominant performance, but it didn’t take long for the focus to shift to the elephant in the room. When asked about his resignation in the rematch against Hans Niemann, Magnus Carlsen stated:

“Unfortunately I cannot particularly speak on that but people can draw their own conclusion & they certainly have. I have to say I am very impressed by Niemann’s play & I think his mentor Maxim Dlugy must have been doing a great job.”

The sudden and unexpected mention of Maxim Dlugy as Hans Niemann’s mentor caught everyone off guard. Because Carlsen is known for his subtle hints, this odd mention could be a hint to the entire ordeal. The interview then moved on to a question about Dlugy and how he is related to Niemann. Carlsen laughed and said, “No, I will not say anything else about that subject.”

Carlsen steadfastly declined to respond to inquiries about accusations of cheating against Hans Niemann throughout the interview. But given that he “hopes to say a little bit more after the tournament,” we might have more clarity on this controversy by the end of the Meltwater Champions Chess Tour.

Following Carlsen’s interview, the public speculated once again. The fact that Magnus Carlsen mentioned Maxim Dlugy, a player with a history of alleged cheating, couldn’t be a coincidence. By the time the Meltwater Champions Tour is over, what additional hints or declarations can we expect from Carlsen? Does he really think that Hans Niemann has been receiving assistance from Maxim Dlugy in his games? Or was it just a genuine compliment to the duo?

The Queen was dead on Thursday, September 8th and Fern Britton posted on twitter about the line to see her staying in state at Westminster Hall and Phillip Schofield’s queue-jumping scandal. 15 Celebrities Smoking Cigars  […]