Liv Tyler has revealed that she often steals beauty products from her ‘Aerosmith’ frontman dad Steven Tyler. The actress commented that whenever she’s over at his house, she loves to see what products he has stashed away because he is an avid user of moisturizers and always has the best creams. She admits that she prefers to pay close attention to her face and likes to do regular face masks:

”Today when I go and stay with him, I always have to raid his cupboards because he’s got all the best creams. He’s, like, a major moisturizer. He’ll cover his whole body in oil and moisturizer and walk around the house in a pair of shorts. Me, I do face masks all the time. Even when I’m walking around the house.” 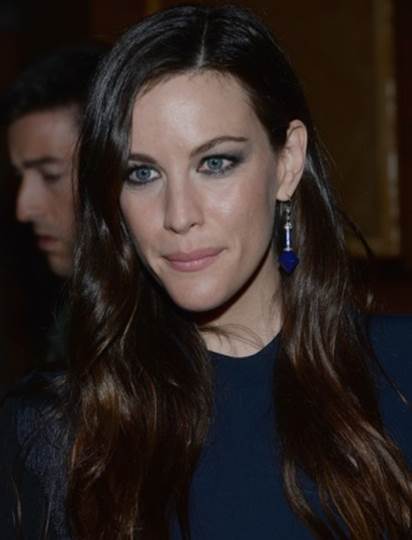 Liv recalls when her dad used to take control over her hair when she was younger and give it big volume, but she never liked how it looked because she likes simple flat hair instead:

”In the 90s, when I was a kid, my dad was always telling me I needed a little body in my hair. [His process was to] use two blow-dryers at the same time, shake out his hair, then flip it up – and I was like, ‘Daddy, I don’t want my hair like that!’ I liked my hair flat, silky, and tucked behind my ears.” Liv adds that while it’s fun to watch her father pick his elaborate outfits, she has her own style that isn’t influenced by it: ”It has always been fun to watch him get dressed. But I definitely don’t think of him when I’m getting dressed.”