A new leak has emerged just days after the launch of the latest Fortnite season, indicating that yet another marvel skin is on its way to the battle royale game. The skin in question is that of Iron Man Zero. Everything you need to know about the Fortnite Iron Man Zero bundle is right here, including its release date, price, items, and more.

The Iron Man Zero skin will be available on September 28th, along with the release of Zero War issue five. 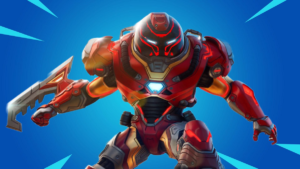 According to reputable leakers iFireMonkey and ShiinaBR, players who purchased all issues of the Zero War comics during Fortnite chapters 3 and 4 will be rewarded with the suit as a bonus.

Additionally, it is expected that the suit will make its way to the item shop. More on that later.

The Iron Man Zero skin also comes in three variations, each with a different skin color, visor, and the ability to turn the helm on or off.

As of this writing, no official price has been revealed, but fans can expect the Iron Man Zero bundle to cost 1,800 V-Bucks, similar to the Spider-Man Zero bundle. The skin should also be available for 1,500 V-Bucks separately.

That’s all there is to know about the Iron Man Zero bundle.

Fortnite patch notes 22.00 : Server downtime & how long ? Epic Games has shared a schedule on its official server status website that confirms Fortnite downtime will happen on September 18, between 06:00-12:00 UTC, […]

A new set of Fortnite Seasonal quests has been released, and this week players are required to perform an aerial 360 spin while dismounting a Wolf or Boar. While it is relatively easy to locate […]

What is Leaked Skins in Fortnite ? Fortnite was recently updated to 16.20 with a ton of new in-game cosmetics for players in Season 6, including some fan favorite skins like Harley Quinn and Princess […]