LVMH CEO Bernard Arnault has complimented designer Marc Jacobs, comparing him to a masterpiece painting. Bernard has been working with the designer since 1998, and in that time, the Marc Jacobs label has grown hugely. He sees partnering with designers as a big investment for the future and works only with designers he truly believes in and can see a big future for:

”When you choose a designer, it’s an investment for the long term. It’s the same with artwork. When I buy a piece of art, I think to myself, I will live with this work of art for decades. Take the example of Marc Jacobs. When we bought the company in partnership with Marc, it was doing maybe $20 million in 1998. Today, we do more than $1 billion, so it’s long term.” 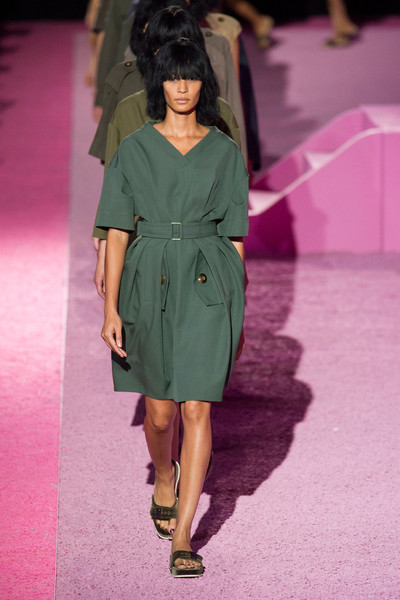 Bernard reveals that they’re now planning to sell stock to the public in the future if everything works out and it’s right for them to go ahead with it: ”I saw the potential with Marc, a great, great designer, and now we are working with him towards – in the next two years hopefully, if the market allows – an IPO.”

Arnault adds that he isn’t that interested in the instant world young designers are in these days, and tries to see ahead to the future instead because he thinks it’s all about the long-term vision and what they can turn the business in to:

”Today, young designers live in a world that is changing rapidly, where communication is instantaneous. What interests me is taking the long-term perspective.”