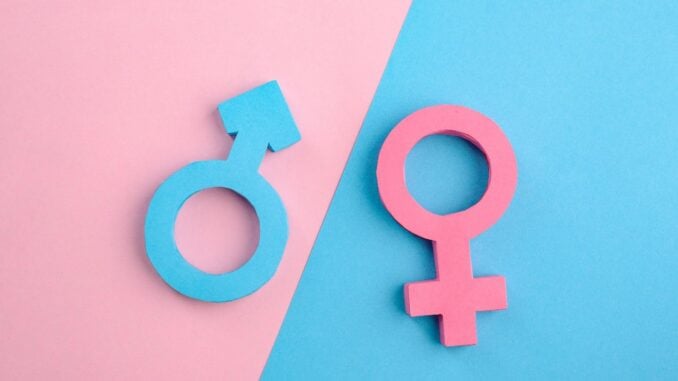 In most Western societies, at least, the days where women were fighting for their right to cast a vote or having to get their husbands’ or fathers’ permission to do certain activities are a thing of the past. It is 2022, after all, women now have the freedom to pursue the lifestyle they choose and occupy positions of power. However, there are still many who would question whether the gender stereotypes of the past are still pervasive in today’s society.

In this article, we’ll explore the contentious topic of gender stereotypes to assess the extent to which they’ve changed and whether, in reality, the situation for women has improved substantially or if it is nothing more than a facade.

Granted, we live in an age where the concept of gender is now looked at as far more fluid than it was just a couple of decades ago. We even have gender-neutral pronouns in a bid to respect people’s wishes as to how they prefer to be identified. But this still doesn’t negate the reality that certain roles traditionally associated with men and women are still prevalent and thus expected to be fulfilled by societal standards. And we’re not just talking about who the household’s breadwinner should be or the chosen spouse to stay at home to tend to the children. It goes beyond such roles.

Indeed, gender stereotypes are even ingrained in extracurricular activities. For instance, online gambling and, consequently, gambling addiction struggles are often mistakenly associated with men. However, recent statistics have debunked this idea, showing women suffer equally. With abundant casino offers such as no deposit bonuses or free spins no deposit, it’s safe to say this pastime certainly knows no gender.

What Are Gender Roles?

Essentially, gender roles are all about how society expects people to act, speak, dress and conduct themselves based on their assigned gender. For instance, girls and women are expected to display feminine traits such as sensitivity, politeness and kindness, while men and boys are expected to be bold, brave and strong. Naturally, every society and culture has different expectations when it comes to these gender roles, and these concepts can change over the course of time.

Why Are Traditional Gender Stereotypes Harmful?

While it may seem like gender stereotypes are relatively harmless and, therefore, easy to dismiss, the impact of these worldviews runs a lot deeper. When such stereotypes start to limit people’s abilities to express themselves, develop their personal abilities, pursue their chosen career path and make lifestyle choices, things become highly problematic on several levels.

Moreover, when such gender stereotypes are compounded and intersect with other stereotypes, they can have a hugely disproportionate negative impact on certain groups, such as women from ethnic minorities and those with disabilities.

It is also important to bear in mind that gender stereotypes don’t just have the potential to impact minority groups but can have negative implications for everyone in society. For instance, a seemingly positive stereotype about men being strong has led to large numbers of men and boys being unable to express their emotions which can have dire consequences, such as larger numbers of men committing suicide or being unable to seek emotional support from a therapist.

On the surface, it might be easy to believe that gender stereotypes are no longer relevant in today’s society. It’s not as if women are dressed in aprons, lack education or are expected to have children by the age of 30. However, gender roles remain a tricky area as they have become somewhat more subtle as they weave themselves into the patriarchy.

Sadly, we’re all complicit in promoting gender stereotypes. Consider gender-reveal parties which continue to use the color pink to represent a girl and blue for a boy. Most little girls will still be more likely to receive a doll as a birthday kit as opposed to a Lego set which remains a traditionally male toy.

These seemingly minor details we associate with men and women may begin as something thoughtless, but they become entrenched when passed onto future generations affecting their chosen career path and role in the home.

Sure, there are unchangeable differences between men and women, such as the ability to give birth but the most harmful differences are man-made (no pun intended). Whether it is related to employment inequalities that favor men or the fact that courts are more likely to rule in favor of the mother when it comes to divorce proceedings, these things should have nothing to do with a person’s sex.

Fortunately (despite the somewhat bleaker picture illustrated above), times are changing, as history has proved, gender stereotypes aren’t set in stone. We now see more instances of women leaders and a larger number of single fathers receiving the support they need. Hopefully, things will continue to progress on this positive trajectory.

Nevertheless, it’s evident that nothing is clear-cut. While female equality may have been achieved on paper, this is no indication of how gender-based prejudices don’t inhibit mothers landing higher-paying jobs once having kids, which is by no means the same for fathers.

So, What Does The Future Hold?

It’s worth reiterating that women in the global South are fighting an entirely different battle when it comes to gender roles, where many are still fighting for the rights and opportunities that those in the West take for granted.

In short, the battle for gender equality wades on and although advances certainly have been made, and we can’t stop fighting now. It is important to remember it is not a battle of men versus women we are fighting here, though, because gender equality will have significant benefits for all. So we need to build solidarity in this war to achieve a better world for everyone regardless of location, race or gender.