Brazilian model Alessandra Ambrosio has opened up on maintaining her figure. The mother of two confesses that when she first began working for Victoria’s Secret, she rarely worked out or looked after her figure. After her pregnancy, she was under pressure to lose weight quickly and bounce back in time for the annual Victoria’s Secret show, and she admits it was the first time she began to push herself regarding her figure:

“When I started with Victoria’s Secret at 21, I never worked out. Then when I got pregnant with my daughter [Anja, 5], I gained about 60 pounds and had to walk the Victoria’s Secret show three months later. That was the first time I had to really fight to get my body back into shape.” She may appear flawless but Alessandra admits that having a perfect body isn’t a top priority to her and she thinks people shouldn’t focus on looks so much. Instead, she values things that make people good on the inside such as an education for her daughter:

“Having a perfect body isn’t everything. I want my daughter to be nice, have a good education and be disciplined. That’s what makes people like her. A perfect butt doesn’t make an amazing person. It’s about feeling confident.” 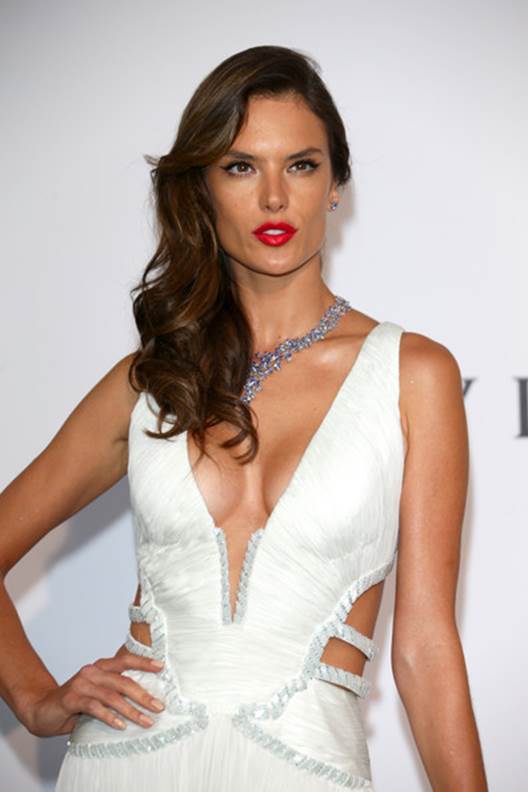 The model recently launched her own label named alé by Alessandra and says that by working on things she loves, she never feels as though she is actually working: “‘Forever on vacation’ is my motto. It’s just the way I take life. Nothing makes me feel that pissed off or out of control. Whatever I do, whether I’m modeling or doing my clothing line, ále by Alessandra, I just want to feel like it’s fun. If you’re doing something you don’t like, you’re wasting time. Life is short. There is so much to see and do and feel. We should enjoy every moment.”