D’Andre Swift (born January 14, 1999) is an American football running back for the National Football League’s Detroit Lions (NFL). He attended Georgia and was selected by the Lions with the third pick in the second round of the 2020 NFL Draft.

D’Andre Swift’s injuries throughout his career 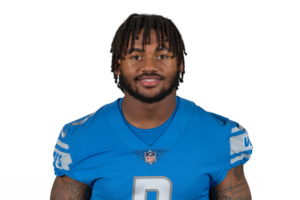 UPDATE (Jan. 1): Swift’s teammate Williams missed the final quarter of last week’s loss to Carolina due to a leg injury, so Swift ended up with the second-highest share of offensive snaps on the season.

While the absence of Williams would have made Swift a strong candidate for a heavy role against a weak Bears defense, his presence could mean more of the same for Swift, whose touch count has fluctuated all season.

UPDATE (Dec. 13): Swift rushed six times for 21 yards and caught three of four targets for 18 yards as the Lions defeated the Vikings 34-23 on Sunday.

D’Andre Swift had a limited performance due to an ankle injury at the start of the week, but it had no effect on his activity level one day later, effectively clearing him for Week 14 action.

UPDATE: D’Andre Swift (ankle/shoulder) is listed as questionable for Sunday’s game against Chicago.