Nia Long has released her first public statement since her longtime partner, the head coach me Udoka of Boston Celtics, was suspended for a year. 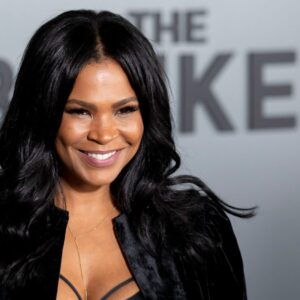 Following the release of his suspension by the team, Udoka apologized to ESPN’s Malika Andrews for putting the Celtics “in this difficult situation.”

“I want to apologize to our players, fans, the entire Celtics organization, and my family for letting them down,” Udoka said in a statement. I apologize for putting the team in this difficult situation, and I accept the decision of the team. I will make no further comments out of respect for everyone involved.”

She has appeared in films such as “Boyz N the Hood”, “The Best Man” and “Soul Food”. Long was filming a pilot for NBC at the time, and Udoka, then a Sacramento Kings player, was playing the Celtics.

She has released her first statement since her longtime partner, Boston Celtics head coach Ime Udoka, was suspended for a year.

“The outpouring [of] love and support from family, friends and the community during this difficult time means so much to me,” Long said. “I ask that my privacy be respected as I process the recent events.  Above all, I am a mother and will continue to focus on my children.”

In response to Ime Udoka’s drama, Nina Parker tweeted, “Cheating on Nia Long? The end of the world must be near. Because there is NO WAY.”

Adrian Wojnarowski reinforce Ime Udoka’s career isn’t over: “This is not going to be a death knell for him…”

There are many verbalizes that related to Ime Udoka’s scandals with a female Celtics’s staffer. One of them is “This is not going to be a death knell for him…” Adrian Wojnarowski says Ime Udoka’s […]