On Sunday, the Arizona Cardinals (4-7) will face the Los Angeles Chargers (5-5) in an AFC vs. NFC West showdown. This will be only the fifth meeting of these teams since 2006.

Are Byron Murphy and Kyler Murray PLAYING vs Chargers? 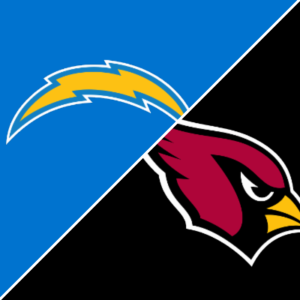 Kyler Murray of the Arizona Cardinals said Wednesday that he should be able to play against the Los Angeles Chargers on Sunday, and he was listed as a full participant in practice for the second day in a row on Thursday.

Head coach Kliff Kingsbury expressed optimism on Friday, saying Murray appears to be on his way back after missing two games.

The Cardinals practiced on Thanksgiving, but only offensive lineman Max Garcia and linebacker Trysten Hill changed their statuses, going from limited participants in Wednesday’s walkthrough to full participants on Thursday.

Ertz’s absence is expected to be indefinite, but he has yet to be placed on injured reserve.

Moore was declared ineligible earlier this week. Meanwhile, Dortch’s status will be determined on game day.

Injury report for the Cardinals

Injury report for the Chargers