The Portland Trail Blazers (10-7) will travel to Cleveland, OH on Wednesday to face the Cleveland Cavaliers (11-6). The Trail Blazers enters this game on a three-game losing streak, while the Cavaliers have won three straights.

The latest injury status of Darius Garland and Damian Lillard 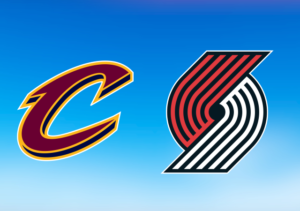 The Portland Trail Blazers are coming off a 119-111 loss to the Milwaukee Bucks. The Blazers struggled on defense in that game, and if they want to challenge the Cavs on the road, they will have to contest more shots in the paint.

They received more bad news on Sunday when Damian Lillard was diagnosed with a Grade 1 calf strain and will be evaluated in 1-to-2 weeks. He’d only recently returned to the court after missing four games with a calf strain.

Lillard didn’t have a great shooting night, but he did have 11 assists on his way to his second consecutive double-double. He’s scored 20 points or more in three straight games and is averaging 27.9 points, 4.7 rebounds, and 6.6 assists through nine games this season.

Keon Johnson (hip) has been ruled out of the game against Cleveland on Wednesday.

Due to a left ankle sprain, Josh Hart is listed as probable for Wednesday’s game against Cleveland.

The Cleveland Cavaliers are coming off a 114-102 victory over the Atlanta Hawks. On the offensive end, the Cavs were on fire, shooting 60% from the field. If they want to dominate the Trail Blazers at home, they’ll have to stay hot.

Garland shot the ball well in this one and was one assist away from his third double-double of the 2022-23 season.

He’s scored at least 23 points in each of his last five games and has been a valuable source of assists and steals during that time.

Dean Wade (knee) is listed as probable for the Trail Blazers game on Wednesday.

Caris LeVert (ankle) will not play against the Trail Blazers on Wednesday.