When the Phoenix Suns (15-7) face the San Antonio Spurs (6-17) on Sunday afternoon, they will be looking for their second consecutive road victory. Phoenix is 7-3 in its last ten meetings with San Antonio. 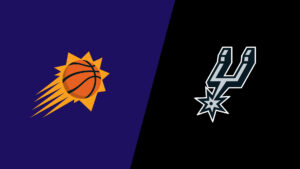 The Rockets ended the Suns’ six-game winning streak in their last game. They will try to avenge their loss by defeating the Spurs, which would give them their seventh win in their last eight games.

Chris Paul (heel) will not play against the Spurs on Sunday.

Due to a heel injury that has kept him out since early November, Paul will miss the first leg of the Suns’ back-to-back set.

He has yet to be given an official return date, but as long as he is out, Cameron Payne will be Phoenix’s starting point guard.

Bridges (knee) is expected to play against the Spurs on Sunday.

The Spurs have struggled in recent weeks, and they enter this game on a 10-game losing streak. They will try to end their losing streak by defeating the Suns, which would be their second win in their last ten home games.

Due to lower back tightness, Romeo Langford is listed as questionable for Sunday’s game against the Suns.

Langford was listed as probable for Friday’s game against the Pelicans and ended up playing, scoring 10 points and four points.

He doesn’t appear to be certain for Sunday’s game, but the team should clarify his status before kickoff.

Josh Richardson (ankle) is doubtful for Sunday’s game against the Suns.

Richardson is questionable to play in his sixth straight game on Sunday due to a right ankle sprain. However, the fact that his designation is questionable rather than doubtful indicates that he will return soon.

Meanwhile, Doug McDermott (ankle) is listed as questionable for Sunday’s game against the Suns, according to Paul Garcia of ProjectSpurs.com.