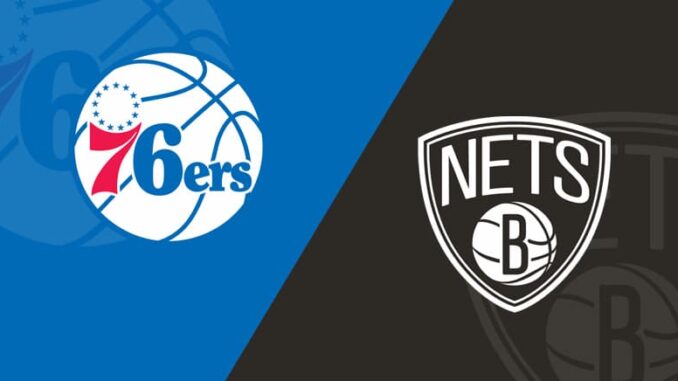 The red-hot Philadelphia 76ers will look for their sixth consecutive victory when they host the Brooklyn Nets on Wednesday night.

The Philadelphia 76ers won their fifth straight and their seventh in the last eight games as they slipped past the Kings to finish a Western road swing with an unblemished 5-0 mark. According to Rich Hofmann of The Athletic, Embiid (foot) did not take part in a significant amount of Tuesday’s practice, and it is unknown what his status will be for Wednesday’s game against the Nets.

After taking some time off to rest his sore left foot during Sunday’s victory over the Kings, Embiid didn’t put in a lot of work in practice on Tuesday, so fantasy managers shouldn’t be surprised if the star center misses another game on Wednesday. If that were to occur, Montrezl Harrell would most likely be given another starting assignment.

Embiid took some time off to rest his nagging left foot during the game against the Kings on Sunday, and it appears likely that he will do the same thing against the Hawks on Wednesday. The status of his participation in the game should become clearer after the completion of the team’s injury report later in the day; however, it seems likely that he will be listed as questionable.

The Brooklyn Nets won their second straight game as they rallied to take down Golden State on the road Sunday night in their previous contest. Shams Charania of The Athletic reports that Kevin Durant (knee) is continuing to make progress in his rehabilitation and will be re-evaluated in two weeks.

This week, Durant will resume running and on-court participation. We won’t know more about his recovery progress until at least the beginning of next month.

He was originally expected to miss a month of action after suffering an isolated MCL sprain in his right knee, but a reevaluation a week into February should provide a more accurate picture of his recovery time frame. The Brooklyn coaching staff may opt to give their MVP candidate more rest than usual before rushing him back into action for the second half of the season, as his expected return date is right around the All-Star break.

The Nets (29-17), who had lost four straight games when Durant was out with injury, have won two in a row and are now fourth in the Eastern Conference.